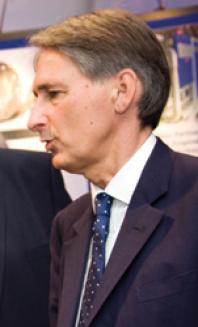 Bedford
The two-day LCV 2010 event at The Concept Centre, Millbrook, features a conference, exhibition and ride and drive opportunities.
It is run by the government’s centre of excellence in low-carbon and fuel cell technology Cenex and attracted vehicle manufacturers, technologists, visitors from abroad and politicians including keynote speaker Philip Hammond (pictured), the Secretary of State for Transport.
Scientists, policy-makers and end-users discussed the latest developments in low carbon vehicle advancement and heard presentations from fleet operators including Coca Cola and Royal Mail, who gave their thoughts on technological developments.
Delegates also took the opportunity to test drive Honda’s debut hydrogen fuel-powered vehicle the Clarity and Jaguar Land Rover’s Limo Green vehicle.
The Concept Centre head of events Martin Neale said: “We were really excited to host LCV 2010 for a number of reasons. This was not only because of the importance of the event itself and the role it plays in shaping society’s future transportation, but also due to its sheer size and scale.”
37