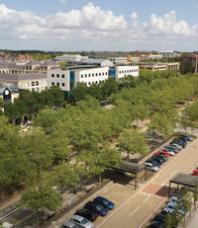 Bedford
For the fourth year in a row, Milton Keynes has received a glowing report for its economic strength and overall buoyancy in the face of harsh economic conditions, in the annual Cities Outlook report.
Milton Keynes has previously been identified as ‘one to watch’ by the Centre for Cities in its last three reports in 2012, 2011 and 2010.
This year the borough is singled out as having the right strategy for building new homes and for creating new jobs, as well as for having one of the highest business start-up rates in the UK, ranked fourth only after London, Aberdeen and Reading.
Milton Keynes is also recognised as having one of the highest rates of employment, with one of highest percentages of private sector jobs, and for high growth in earnings, with average pay in 2012 standing at £543 per week.
Milton Keynes remains the fastest growing place in the UK for population growth, growing by nearly 17% between 2001 and 2011. That growth has been matched by the increase in housing stock, which has risen by 18% in the same time period. This represents the highest percentage growth in new homes of all the 64 cities covered by the report.
The Cities Outlook report is the latest in a series of reports describing Milton Keynes’ economic success. In late 2012, global information services company Experian judged Milton Keynes as leading the way in UK economic recovery, and research firm Local Futures named the borough as the most attractive local authority area for business investment.
Milton Keynes Council chief executive David Hill said: “Maintaining Milton Keynes’ economic success is a very important part of the council’s work, and this report shows we are getting the balance right for local people and businesses.
“Inward investment is vital to our continued success, and with the recent acquisition of the HCA assets, as well as the transfer of responsibility for the Milton Keynes Tariff, we have the tools to promote and sustain growth in both housing and jobs.
“We remain determined to provide a value for money council and deliver high quality services, alongside developing Milton Keynes as an attractive and prosperous place to live and work.”
Cllr David Hopkins, Cabinet Member responsible for the economy, added: “The annual Centre for Cities report carries a great deal of weight and credibility in business as well as in the world of local government.
“To be mentioned yet again in such positive terms is high praise indeed, and is testament to the strength of Milton Keynes as a place to prosper in, and to invest in.
“We continue to be recognised as an economic powerhouse by the experts not just at local and national level but also internationally.”
To read the report, visit:
centreforcities.cdn.meteoric.net/CITIES_OUTLOOK_2013.pdf
18