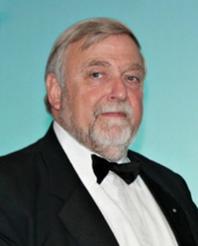 Bedford
CHALLENGING domestic conditions, access to finance and weak consumer demand are taking their toll on the optimism of small firms according to the latest data from the Federation of Small Businesses.
More than 60% of firms also think that finance is unaffordable – a figure that has increased each quarter in 2012. The FSB will be keeping a close eye on the Funding for Lending scheme to make sure that small firms do get cheaper finance through it.
Commenting on yesterday’s Autumn Statement by Chancellor of the Exchequer George Osborne, FSB regional chairman for Bedfordshire, Cambridgeshire and Hertfordshire Charles Smith (pictured) said:  “We are encouraged by the Chancellors’ acknowledgement that small businesses need more help.
“We accept that bold actions are needed to boost the economy and we hope we are on the right road to helping small businesses. The Chancellor has listened to many of our members’ concerns and has put forward proposals to address these issues, notably around capital allowances, more encouragement for investors to place funding in small businesses, and cancelling the 3p rise in fuel duty.
“We now eagerly await further details on the small business bank which we have long seen as playing a central role in opening up finance for small firms.”
According to data compiled earlier this year special challenges in the region include:
Mr Smith said: “We are disappointed that the Chancellor has not extended the current regional National Insurance Contributions holiday to all small firms across the UK and businesses in this region are missing out.
“The current scheme has only been taken up by 16,000 new businesses. Our research shows that if it were extended to all UK-wide micro firms it would create 45,000 jobs and add £1.3 billion to UK GDP.
“We hope this is something the Chancellor looks at for Budget 2013 as the current scheme ends in September 2013.”
14