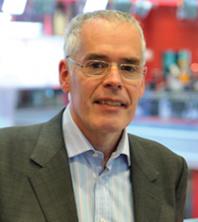 It is conducting a root and branch review of every aspect of its activity and a major savings and reinvestment plan will place its emphasis on digital and the needs of students and the wider economy at the centre of all it does.

The transformation process will put the OU on a sustainable financial footing. It is expected to achieve savings of around £100 million from the OU’s annual budget of around £420 million.

It plans to reinvest more than half of those savings in building a university fit for the next 50 years, said a spokesman.

The OU has also signalled the likelihood of significant job losses as a result of the transformation. Its staff make up two-thirds of the OU’s operating costs and proposed changes in teaching, research, IT systems and the running of the university will mean that the number and types of roles will change.

Detailed work will be carried out over the next six months to clarify the figures and the scale of change. The OU employs 4,400 central academics and support staff and 5,000 associate lecturers around the UK.

Vice-chancellor Peter Horrocks (pictured) said: “The OU will still be the OU. We will retain our core mission of offering higher education to all, regardless of background or previous qualifications. But we will be delivering it in a different way, matching future needs to future technology.”

The changes aim to recognise future economic challenges and to provide leadership in preparing the wider workforce for a time of unprecedented change. The OU believes it can play a crucial role in helping employers and employees respond to the rapid rise in automation, which is expected to sweep away millions of existing jobs. The transformation programme will deliver over the next two years:

Mr Horrocks said: “We want to transform the University of the Air envisaged by Harold Wilson in the 1960s to a University of the Cloud – a world-leading institution which is digital by design and has a unique ability to teach and support our students in a way that is responsive both to their needs and those of the economy.

“A revitalised and redesigned OU should be at the heart of the digital revolution by becoming a leading exponent of the use of digital technology for teaching and supporting students; by helping educate the digital citizens of the future; by undertaking research that can help equip society for a digital world.”

The proposed changes will require major investment in technology, in training for staff, in redeveloping the curriculum and in reorganising the university, he added.

The proposals are in part a response to financial challenges facing the OU. Student numbers at the OU have fallen by almost a third in the past decade, which has had a significant impact on income.

Funding changes introduced since 2007 by successive UK governments have hit hard the number of part-time students entering higher education in England. At the same time, fixed costs have remained relatively static and in a changing market place competitors are cherry picking popular and profitable courses.