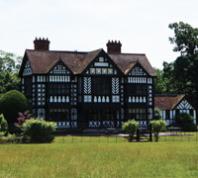 Bedford
Mr Fanning, who joined the restaurant set in 22 acres of Bedford Estates parkland at Woburn in 2010, plans to run it as a family business with his wife Claire, backed by his businessman father-in-law Nik Millard.
He bought the restaurant after previous owner the 10 in 8 Fine Dining Group went into liquidation.
Paris House, voted in the Top 100 of the UK’s best restaurants by review site Top Table, specialises in fine dining, blending modern culinary techniques with the finest seasonal produce, in a warm and friendly environment.
Mr Fanning said: “I have enjoyed three fantastic years as head chef at Paris House during which time the restaurant has won numerous awards including a Michelin Star.
"I am delighted to have been given the opportunity to own and run it as a family business and I am fortunate to be backed by a very talented and creative team.”
His career began as a finalist on the BBC’s Junior Masterchef in 1997 and he worked at Danesfield House, The Compleat Angler and The Vanilla Pod in Marlow before joining Michelin-starred French restaurant L’Ortolan in Reading as a junior chef de partie in 2007.
Paris House was built in 1878 in a timbered mock-Renaissance style in Paris. The ninth Duke of Bedford bought the house, shipped it piece by piece to the UK and rebuilt it in Woburn Park.
66