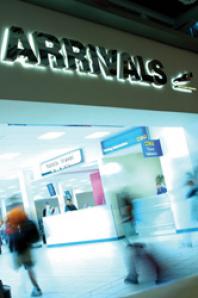 Bedford
The airline, which flew more than 1.5 million passengers to and from London Luton Airport last year, says the tax is crippling UK air travel and damaging the tourism economy.
Speaking at London Luton today, Ryanair’s UK & Ireland sales and marketing manager John Booty said that the airline had seen strong passenger growth across Europe in the last month but that  passenger traffic has collapsed across Britain’s airports.
The figures were an inevitable consequence of the tax, he said.
“The British government must realise that it can’t tax its way out of a recession,” Mr Booty said. “This tax is defeating its purpose and the sooner it is repealed, the sooner Britain’s airports and Britain’s tourism industry can replace traffic collapse with tourism growth, making Britain a competitive tourism destination once again.”
Ryanair anticipates passenger numbers to grow by nine million across Europe but to fall in the UK and Ireland, both of which had implemented air travel tax. “There is no denying the link between the increase in government taxes and decline in passengers,” said Mr Booty.
18