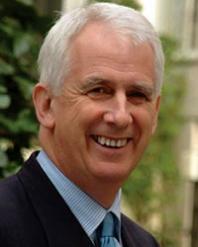 THE pressure on employers to reduce staff costs in the economic downturn is increasing, particularly as the experts are unable to predict how deep the problem will be or how long it will last.

Redundancies are perhaps difficult to avoid but there are alternatives, in particular scaling back on the use of temporary staff, restricting overtime and, more seriously, lay-off and short-time working. In addition, it is possible (although not particularly easy) to cut employee pay, hours or benefits by changing the terms of the contract of employment.

The first possibility to consider is whether employees would agree to changes in their remuneration or other terms, preferably in writing. While any proposal to reduce payment, benefits or hours would have been unimaginable a few months ago, employees faced with the loss of their jobs might now seriously consider a proposal which allows them to remain in employment with a wage, albeit not the one they originally signed up for.

Where there is a recognised trade union, collective bargaining provides a streamlined negotiating procedure which avoids the need to renegotiate every individual contract of employment provided – as is often the case – that the employee’s individual contracts incorporate the terms of the collective agreement negotiated with the union.

Employers need to be aware, however, that even an agreed contract variation may not be lawful if it follows a business acquisition covered by the Transfer of Undertakings (Protection of Employ-ment) Regulations 2006.

Secondly, some employment contracts already include provisions allowing an employer to change its terms. These include the rights for an employer to lay off staff or impose short-time working.

Thirdly, if there is no prospect of achieving reductions by some sort of agreement, an employer can simply introduce new terms and hope employees accept them. This is a risky business, however, and not recommended. An employee may continue to work on the new terms and sue for breach of contract or, if the alteration to the terms is a fundamental one, the employee may have a claim for constructive dismissal.

Fourthly, there is the nuclear option: dismiss the employees and offer to re-engage on new, reduced terms. An employer would need to think very carefully about such a course of action as it might entail losing valued employees permanently if they chose not to accept re-engagement and will always carry the risk of unfair dismissal claims.

However, if an employer could show that there were sound business reasons for dismissing an employee who had not been prepared to agree a change in terms and conditions, this may amount to a fair reason for dismissal and, if the dismissal were carried out in a reasonable manner, the employee would not succeed in an unfair dismissal claim.

In addition, an Employment Tribunal would look at whether the majority of employees accepted the changes, the attitude of any trade union involved and whether any alternatives were considered.

It is possible to make savings in the cost of staff without necessarily seeking to alter the contracts. In the first place, contracts often have discretionary benefits, such as bonuses where an employer may be entitled to pay no bonus at all or a very low bonus during difficult financial conditions. The position is not entirely straightforward in that before coming to a conclusion not to pay a bonus an employer should consider whether an arrangement which on the face of it is discretionary has in fact become contractual through custom and practice.

In any event, an employer must not act irrationally or perversely.

There are other matters to consider. How about taking a tougher stand on absences and reducing costs in that way? What about reducing the unofficial benefits of the job, from free biscuits at meetings to the cost of staff events?

These are not likely to be popular steps but in times of great financial pressure all options should be up for consideration.

To discuss how you can reduce staff cuts in the economic downturn, contact the employment team at Geoffrey Leaver Solicitors on 01908 692769 or visit www.geoffreyleaver.com