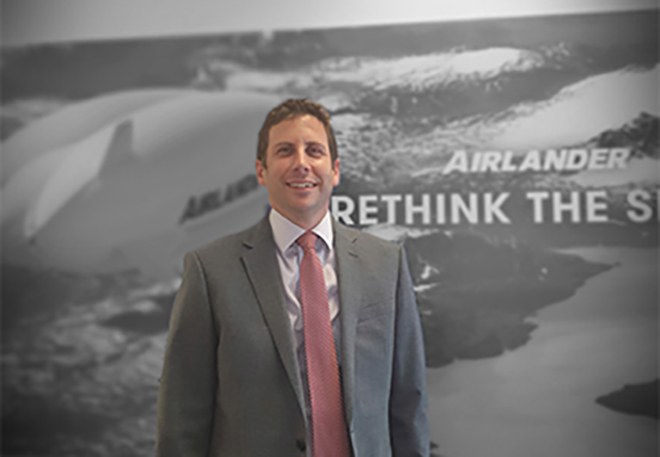 THE BOARD of the company manufacturing the world’s largest aircraft has overhauled its senior executive team as the business prepares for the launch of commercial production.

Hybrid Air Vehicles, which is preparing to begin commeercial production of its Airlander aircraft, has appointed Tom Grundy pictured as chief executive officer. He has worked for HAV at its headquarters in Bedford for six years, latterly as executive director – strategic customer solutions and support.

He replaces Stephen McGlennan, who will step into a new role as senior board advisor and general counsel.

Mr Grundy, a chartered engineer and Fellow of the Royal Aeronautical Society who has also worked for BAe Systems as head of business management for the Tornado availability support service ATTAC, said: “I am honoured and excited to be given the opportunity to lead HAV through its transition to a successful commercial business. This business is poised to deliver an aircraft that offers new choices to customers in a low-carbon, capable, flexible, and cost-effective way. I look forward to working with the whole team to make our goals a reality.”

Director Rod Sinclair has taken over as HAV chairman, replacing Kevin Taylor. Mr Sinclair said: “I am delighted to be working with Tom, the board and the leadership team of the business as we prepare HAV for launch of its production aircraft programme.”