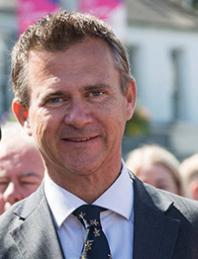 The increase, implemented on April 1, is the biggest since the National Living Wage was introduced by the government as it rises to £8.21 an hour for those 25 and over.

Anyone under 25 and on an apprenticeship is also entitled to an increase, to £7.70 per hour for 21- to 24-year olds and to £6.15 for those aged 18-20. Workers in retail and hospitality are expected to benefit the most.

The change means 219,000 working on the National Living Wage and National Minimum Wage in the South East of England, in which Milton Keynes is included, will be more than £2,750 better off over-the-year compared to 2015.

Mr Lancaster, MP for Milton Keynes North, said: “The rise in the National Living Wage is excellent news for workers in Milton Keynes. I am delighted the hard-working people of our city will have more money in their pockets to spend at the end of each month.”

Business Minister Kelly Tolhurst added: “We are committed to making sure that UK workers get a fair day’s pay and the rise in the National Living and Minimum Wage, benefiting millions of people and the biggest in its 20-year existence, delivers on this commitment.

“Our minimum wage rates are among the highest in the world and, through our modern Industrial Strategy, we are determined to end low pay and workers get a fair day’s pay for a fair day’s work.”