YOU ARE AT: Business MK > Lifestyle > Festival receives £15k boost from Arts Council 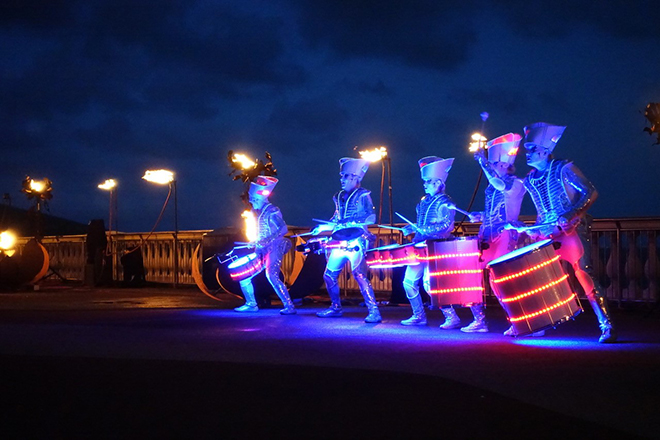 Worldbeaters, who will close the Celebrate Luton Street Fest.

A TWO-DAY festival planned for Luton has received a major boost with £15,000 of funding from the Arts Council.

Luton Business Improvement District, which is working to enhance the town centre, has already earmarked funding for the festival. The Arts Council money has enabled the organisers to bring more artists to perform over the two days.

BID director Marie Kirbyshaw, chief executive of Luton Culture, said: “We were determined to bring a festival to Luton town centre this summer so the BID put aside funding to make this happen and this has been further boosted by a grant from Arts Council England. Celebrate Luton Street Festivalpromises to be an unmissable spectacle for the whole family and we are expecting the town centre to be brimming with people enjoying high- quality and memorable arts performances”.

Thanks to the additional funding the opening event on the Friday will now be a comic, musical promenade performance by French outdoor arts company Vernisseurs, who describe themselves as “a company which combines visual arts and theatre, using the street as a playground”’.

The funding has also meant the addition of an ‘Applause Programme’, made up of four artists:

The entertainment takes place 5.30pm-8.30pm on August 30 and 11am-9pm on August 31. The closing event on Saturday will be a dynamic spark and pyro display from Worldbeaters, a world-class illuminated music and street theatre/ drumming act.

Other highlights are a children’s street theatre and interactive street games.

Revolution Arts project director Jenny Williams said: “We are delighted to have been commissioned by Luton BID and supported by Arts Council England to produce Celebrate Luton Street Fest. We are looking forward to bringing two days of the best of UK and international outdoor arts performance to the heart of Luton.”

Find out more about Luton BID and its events and initiatives throughout the town centre. Visit the BID website www.lutonbid.org, call  01582 510657 or email info@lutonbid.org.