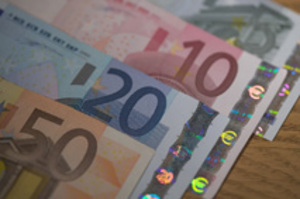 Europe Direct Bedfordshire and Luton was responding to a recent TV vote where Luton voted resoundingly against staying in the European Union.

A spokesman for the group said: â€œItâ€™s great that people in Luton have had this debate about the EU. As net contributors to the EU budget, itâ€™s understandable that UK citizens expect something back for their investment and itâ€™s true that itâ€™s not always clear what this is.

â€œWith â€˜Euromythsâ€™ abounding in our newspapers â€“ such as news that the EU is going to ban acres or insists that bananas are not excessively curved â€“ the European Union gets a very bad press in this country but quite often the information is incorrect or misinterpreted.â€™

Now Europe Direct Bedfordshire and Luton wants to show Lutonians just what the EU does for them.

The spokesman said: â€œThe townâ€™s people might be quite surprised to learn of the impact the EU has on their day-to-day lives. For instance, itâ€™s down to the EU that British people can retire abroad and have their pensions paid there. The EU has given us better air passenger rights so that there are rules about the information and assistance given to stranded passengers and the compensation they can receive.

â€œIf you like downloading music, then you might be interested to learn that the EU took action to make sure that the pricing structure was fair across Europe and, similarly, to ensure that roaming charges for your mobile phone arenâ€™t dramatically different from country to country.â€

â€œHealthy scepticism is a very good thing as it keeps institutions like the EU on their toes. But it is important to make sure that itâ€™s based on the facts and thatâ€™s where we can help.â€

Europe Direct Bedfordshire and Luton has a wealth of information on the EU and its activities including a useful book entitled â€˜The EU: Whatâ€™s in it for meâ€™, a no-nonsense guide aimed specifically at UK citizens.

For more information, contact Jenny Angliss at Europe Direct Bedfordshire and Luton on 01582 522313 or email jenny.angliss@chamber-business.com.