YOU ARE AT: Business MK > Education > The Open University names its new Vice-Chancellor 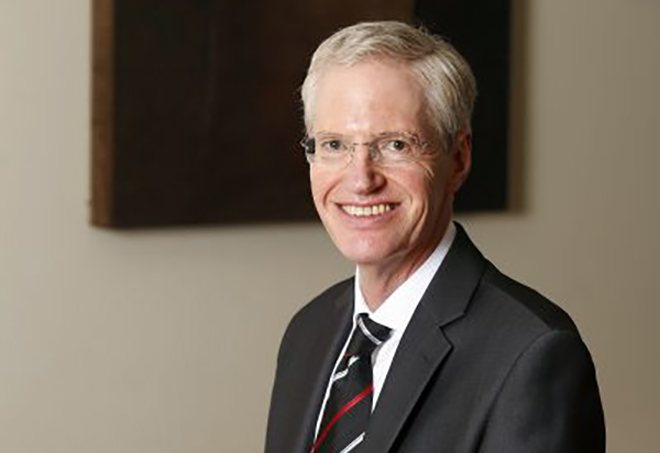 A FAMILIAR face is to take the reins later this
year as the new vice-chancellor of The Open University.

Professor Tim Blackman, a former acting
vice-chancellor and pro vice-chancellor for research and quality at the OU
until his departure in 2015, is due to take up his new post on October 1.

He returns after four years as vice-chancellor
at Middlesex University.

Professor Blackman described his appointment as
a “tremendous honour”.

“The OU is one of the UK’s best inventions,” he
added. “It ranks with the NHS and National Parks as a visionary idea, bringing
the opportunity to learn and study to anyone, whatever their circumstances.

“The OU’s staff are remarkable, creating
inspiring courses designed and taught to demanding standards. Its students are
amazing and achieve, often against the odds, qualifications that transform
their lives. I look forward to working with the whole OU community to advance
the university’s mission and purpose, which are just as pioneering and relevant
today as they were 50 years ago.”

Professor Blackman succeeds Professor Mary
Kellett, who has been acting vice-chancellor since the departure of Peter
Horrocks last year.

OU pro-chancellor Malcolm Sweeting said the
decision by the OU Council to appoint Professor Blackman had been unanimous. “He
comes with a wealth of knowledge and experience of the OU, and a track record
of success in his leadership of Middlesex University. He brings a detailed
understanding of the complexities of the sector and the opportunities and
challenges that these bring to our unique University.”

Mr Sweeting also paid tribute to Professor
Kellett. “Mary embodies the very best qualities of the OU and has led us not
just through periods of significant change, but also of celebration in our 50th
year. Her approach has been central to keeping the OU radical and relevant and
positioning us positively for the future. Mary is a true ambassador for the OU
and the vital role education plays in improving lives and society.”