YOU ARE AT: Business MK > Charity > Surplus is a boost to The Parks Trust’s financial strategy, says chief executive

Surplus is a boost to The Parks Trust’s financial strategy, says chief executive 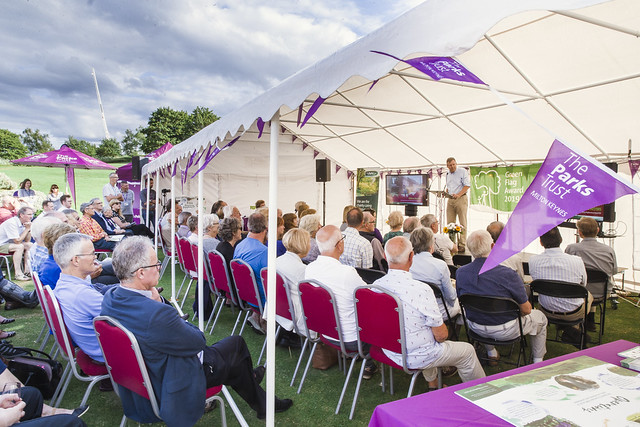 THE ORGANISATION that looks after more than 6,000 acres of green space in Milton Keynes has reported an operating surplus of £194,000 for the latest financial year.

The Parks Trust chief executive David Foster delivered his report on the organisation’s performance – which saw its commercial property portfolio rise in value by more than £1 million and other investments increase by a similar amount.

It is from these investments that the trust generates the bulk of its income to pay for the work it carries out, he told an audience of more than 100 at the trust’s annual public meeting.

With the charity being entirely self-financing, the financial strategy is to grow the asset base to an extent where it can be considered to be financially sustainable for the long term. This means the trust needs to be able to withstand future financial crises such as that in 2008 and other setbacks that will almost certainly come along, Mr Foster told the meeting.

One such setback will be the rapidly spreading ash dieback disease which will require the trust to dismantle and fell thousands of ash trees across the city in the next few years, he added.

The meeting gave residents and stakeholders the opportunity to find out about what The Parks Trust does as a charity, while giving them a platform to feedback and ask questions.

Questions included those on feeding red kites whether was to be encouraged, enhancing the facilities on the Grand Union Canal, the felling of willows planted for cricket bats in the Ouse Valley, if The Parks Trust are in talks with the council in regards to taking on more land from them and whether the trust plans to plant more trees.

“A topic that was widely discussed in the meeting was climate change,” said Mr Foster. “The trust recognised that the world is facing a climate emergency, outlined some of the things it is already doing to mitigate climate change and announced that it will be working with the Carbon Trust to further develop an action plan to help to contribute to the council declaration that Milton Keynes should be carbon neutral by 2030.”

Other presentations during the meeting were made Julia Upton, the High Sheriff of Buckinghamshire, The Parks Trust’s vice chair of trustees Zoe Raven and Philip Bowsher, its head of environment and volunteering.

The presenters reflected on the achievements of the last year and also spoke about the importance of community, volunteering, and environmental impact.

“We were pleased to see our Annual Public Meeting so well attended,” said Mr Foster. “It is important to us that we are open and accountable in all that we do and we welcome this annual opportunity to talk to the many groups and communities that use the parks.

“We were particularly pleased to see so many parish councils represented at the meeting as we would like to cement our relationships with them across the city.

To download a copy of The Parks Trust’s annual report visit: https://www.theparkstrust.com/media/3728/the-parks-trust-annual-report-2019_v12_low-res.pdf