YOU ARE AT: Business MK > Information Technology > Businesses welcome 5G’s arrival in town 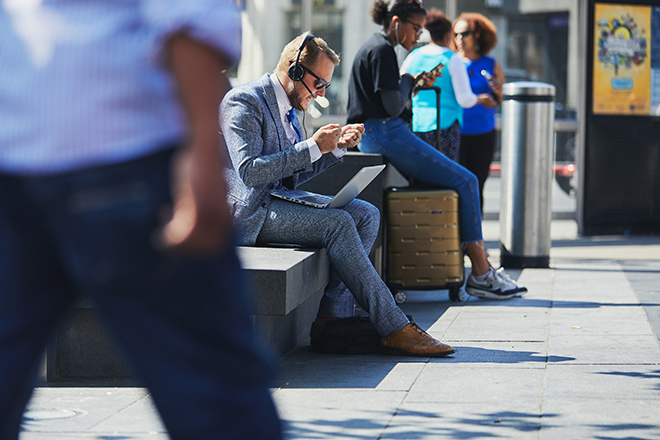 COMMUNICATIONS giant EE has switched on 5G in Northampton for the first time, bringing the UK’s latest mobile technology to the town.

EE was the first to launch 5G in the UK when six cities were switched on in May. Northampton is one of nine new locations to receive the service, bringing the total number of UK towns and cities now connected to EE’s 5G network to 50 in 2019.

The move has been welcomed by business, including the agency charged with delivering economic growth across the South East Midlands region. Hilary Chipping, chief executive of the South East Midlands Local Enterprise Partnership, said:  “We believe that 5G offers huge potential, not only through faster and more reliable mobile connections but also the ability to transform how we live and work.

“From downloading or streaming content on the go, to innovative solutions in industries such as healthcare, construction and manufacturing, 5G will become increasingly important over the next few years and it’s vital that Northampton and the SEMLEP area remains at the forefront of this revolution in mobile technology.”

The mobile network operator, part of BT Group, aims to have 5G live in more than 70 cities and large towns by March.

Wendy Sycamore, BT Group regional lead for the Midlands, said: “It’s fantastic that Northampton is amongst the first locations in the UK to receive 5G.

“This technology will provide faster mobile speeds than ever before. People will be able to download films on to their phone in seconds instead of minutes and will get a better connection even in the busiest places. 5G will also bring major benefits to business, and, as well as faster speeds it should enable more partnerships and innovation in the future.”

Marc Allera, chief executive of BT’s consumer division, said: “We switched on the UK’s first 5G network in May and this is another milestone towards keeping our customers connected 100% of the time.”