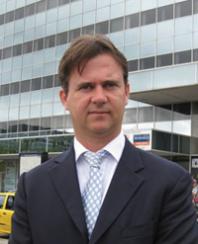 Milton Keynes
The think-tank Centre for Cities singled out prosperous Milton Keynes for being better-insulated from the economic impact of the spending squeeze.
Mark Lancaster and Iain Stewart were delighted by the findings of the Cities Outlook 2011, which deems their constituencies’ economy “buoyant”.
Milton Keynes is ranked within the top five ‘ones to watch’, alongside Reading, Aberdeen, Leeds and Bristol, in this week’s report. Named the fastest-growing city in the country, it is one of those best placed for a private sector-led recovery with its high potential to create jobs, the report says.
Milton Keynes also has the seventh highest earnings in the UK and is ranked among the lowest for forecast public and private sector job losses.
The report goes on to explain how the new Local Enterprise Partnerships –  which both MPs have strongly supported – will put business at the centre of regional growth.
Mr Lancaster (pictured), MP for Milton Keynes North, said: “I am delighted to see Milton Keynes is being held up as an example of economic resilience. It is not all plain sailing here, and my team continues to assist scores of people who are struggling with job losses in these tough financial times.
"But the report’s findings vindicate the founding principles of Milton Keynes as a place of opportunity and prosperity.”
Mr Stewart, who represents Milton Keynes South in Parliament, added: “Milton Keynes has always been and remains a unique city. I am pleased with the report’s findings but remain mindful that more needs to be done for constituents who remain unemployed.

“I have high hopes that the LEPs will bring in much-needed inward investment and create jobs. The Open University and MK College are also positioning themselves to assist companies with any skills gap in the city and I feel assured of an even better outlook for Milton Keynes.”