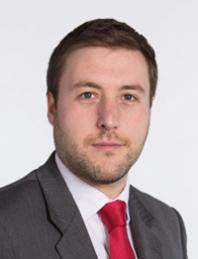 Across the UK more than 3,500 employers have gained accreditation for paying all their employees and contract workers the Real Living Wage, the voluntary pay rate independently calculated to be the amount needed for a decent standard of living (currently £8.45 per hour outside London) and is above the minimum wage required by law for over-25s (£7.50).

In Milton Keynes, 46 employers are already accredited – almost 150% above the national average. These include Santander, The Open University, Milton Keynes Council and MK Community Foundation.

14 are in the private sector and 19 employ less than ten people.  More than 1,500 employees have benefitted directly.

Council leader Pete Marland pictured has called on more employers to join the campaign. He said: “It is only right that every worker gets a decent day’s pay for a decent day’s work.  Milton Keynes should become the first Living Wage city.”

Business advisers KPMG were among the first employers in the city to become accredited. Audit director Ben Stapleton said: “For us it has been a win-win situation. We have found our staff are less stressed, more confident and see their families more often.

“From a business and economic perspective, we benefit in that the turnover of our contracted staff has halved and we are paying less in recruitment fees. Staff morale is higher and productivity has increased.”

According to national statistics, 58% of Living Wage accredited employers saw an improvement in the motivation of staff following accreditation.

Nationally 50% of employers reported that paying the Real Living Wage had improved their recruitment and retention, and 82% said it had enhanced their general reputation.

Full service marketing agency Interdirect, based at Salford near Cranfield, has just signed up for accreditation.

Managing director Nick Mann said: “Many employers are already paying at least the real living wage to their employers so it costs no extra and gives them valuable CSR credibility and helps attract better employees.”

Milton Keynes Community Foundation’s director of programmes Bart Gamber said: “For the first time the majority of families living in poverty are working families. Minimum wage is poverty wage – that is why we support the Real Living Wage; to give people a decent standard of living.”

The campaign group Citizens:mk, an alliance of faith organisations, schools and other voluntary groups, is campaigning to increase the number of accredited Living Wage employers.  It has published online a list of the 46 accredited Living Wage employers www.citizensmk.org.uk/campaigns/living-wage and aims to reach the target of 50 by the end of 2017, Milton Keynes’ 50th anniversary year.

However, it says that around 23,000 workers in the city live below the voluntary Living Wage Rate of £8.45 per hour.

Debbie Wilson, who has led the campaign for the past five years, said: "The Real Living Wage is about giving all workers a fair day’s pay for a fair day’s work. I am certain we can still achieve 50 accredited Real Living Wage employers by the end of MK’s 50th birthday year.  We just need four more companies to sign up.”

To find out more about the accreditation process, or to attend the breakfast to hear from accredited Living Wage employers on the benefits that being an accredited employer can bring, and from  some of the individuals for whom this accreditation has made a real difference, email Debbie Wilson dwilson@citizensmk.org.uk or call 07904 527653.