YOU ARE AT: Business MK > News > ‘Last man standing’ and in a fight for its very survival

‘Last man standing’ and in a fight for its very survival 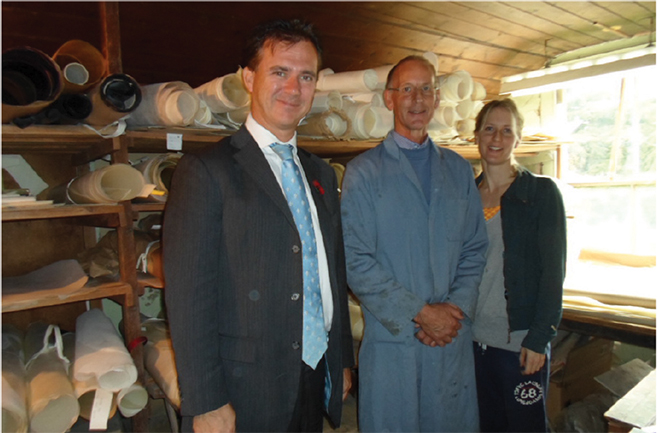 EVERY time I sit down to write this column, I genuinely try to find a positive subject. And yet, time after time, the rolling tide of ill-thought out planning decisions apparently determined to destroy every last remnant of that which we, its citizens, find most attractive about Milton Keynes, conspires to invade my thoughts.

This column will be different, I swear. I have found a fascinating, uplifting topic and one which I am convinced will be both entertaining and illuminating.

OK, here’s the promised good news. The last surviving manufacturer anywhere in the world for vellum and parchment is here in Milton Keynes. It’s William Cowley, established in 1870, and based in Newport Pagnell. It exports vellum and parchment to every continent except Antarctica and its products are in use by major governments and major religious orders worldwide and are used for Acts of Parliament here in the UK.

Vellum is formed from a complete animal skin such as goat or calf; by-products of the meat industry that would otherwise likely be incinerated. They are salted for up to six weeks, then soaked in lime, then shaved, scraped, stretched and the fibres are realigned in a highly skilled process known as ‘reading’ the skin. They are then dried under tension.

Parchment is split skin, generally from sheep. These products, unlike paper which fades, breaks up, rots, is eaten by insects or rodents, burns, washes away or disintegrates, can last for 5,000 years or more.

Both parchment and vellum are widely recognised as the most reliable storage systems for writing; they are fireproof, waterproof and insects or rodents won’t eat them.

So those who regard their writings as a part of history can use nothing else. Why wouldn’t, for instance, an author like J.K. Rowling insist on limited runs of her books on parchment?

According to noted conservator, the late Chris Clarkson ARCA of the Bodleian Library in Oxford; “Had early civilisations not used vellum that we can still read, our understanding of man’s time on the planet would be greatly diminished because you don’t learn as much from half a broken sandal and a pot.”

Even though William Cowley is the ‘last man standing’, its business is not without issues. It once employed 52 vellum and parchment makers and now it’s down to just two, General manager Paul Wright and his apprentice.

The decline in its fortunes and the demise of every other vellum and parchment maker is likely because people are simply not aware of its products. For instance, even as recently as the mid-1970s graduates from top universities would get a parchment scroll upon graduation. Even today these are often called parchment ceremonies.

Today for their minimum of £25,000 student fees they get a piece of paper, often rolled up in a plumber’s polypipe with a red ribbon round it.

And yet for less than £50 local universities such as the Open University, Buckingham, Cranfield and the new MK:U could offer beautiful illuminated parchment scrolls that any graduate would be proud of and which could literally last for lifetimes.

Come on OU, Buckingham, Cranfield and the new MK:U let’s start a ripple in a pond that can travel worldwide. Surely the survival of the world’s last parchment and vellum maker is something Milton Keynes should be proud of and support.