YOU ARE AT: Business MK > Business advice > Grant Thornton > ‘A spoonful of sugar… with the medicine to follow’

‘A spoonful of sugar… with the medicine to follow’ 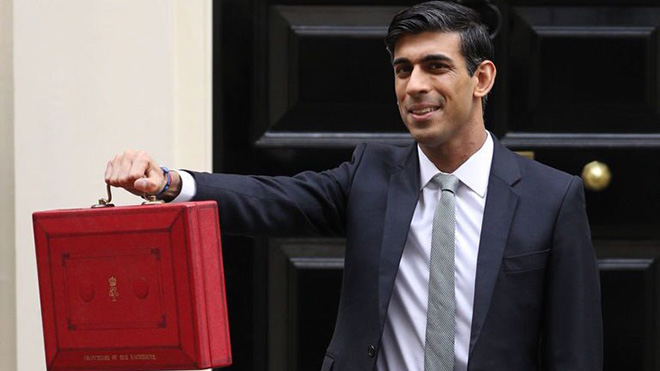 Rishi Sunak, Chancellor of the Exchequer.

BUSINESS watched with bated breath as Chancellor of the Exchequer Rishi Sunak delivered his second budget since his appointment in Februiary last year.

And the measures announced in Parliament yesterday (Wednesday) have been welcomed by business leaders in Milton Keynes and Northamptonshire.

“This budget was delivered at a critical time for our economy and was delivered in an upbeat manner considering the health and economic crisis we have all faced over the past 12 months – one designed to give businesses confidence that they can survive and then grow,” said Louise Wall, interim chief executive of Milton Keynes and Northamptonshire Chambers of Commerce.

“This budget did seem to appear in the newspapers before the Chancellor had taken to his feet in the Commons but we certainly welcome the extension to furlough, the new Restart Grants and many of those policies designed to help support cashflow for those still struggling.”

With UK borrowing at a peacetime record high of £355 billion and the announcement that the UK economy had shrunk by 10% last year, the stakes could not have been higher for the Chancellor to stand up and deliver, she added.

Analysts have welcomed the measures from 11 Downing Street, including the the new Super Deduction of 130% on capital expenditure alongside other measures to support digitisation and innovation in the mid-market.

Hazel Platt, a partner at professional services firm Grant Thornton’s Milton Keynes office, described Mr Sunak’s statement to Parliament as “an ambitious budget with business being served a spoonful of sugar today with the medicine to follow tomorrow.”

She added: “Pushing the well trailed rise in corporation tax to 2023 may make it a little easier swallow but it is still a large relative increase and a potential threat to inward investment in the long term.

“The best way to eat away at the record levels of borrowing is to stimulate growth.  The incoming consultation on R&D tax credits, signals that more incentives for innovation and growth could be on the horizon.”

Marissa Thomas, head of tax at PwC, said: “The world has changed in ways we could not have imagined in the 12 months since the Chancellor’s Budget Day debut.

“The emergency help he announced very much mirrored the cautious approach adopted as part of the roadmap to recovery, with the support being extended for a longer period than might otherwise have been expected.

“While reaffirming the commitment to the tax triple-lock, the Chancellor did go further than anticipated in his approach to the public finances.

“The decision to increase corporation tax straight up to 25% in 2023 comes as something of a surprise when a staggered approach had appeared to be on the cards. A substantial proportion of that is returned to business in the 130% super deduction for investment which shows the Chancellor’s support for manufacturing.”

Be prepared for a more detailed review of the UK’s finances in the autumn, she added.

Dr Adam Marshall, director general of the national British Chambers of Commerce, said: “There is much to welcome in this Budget for business communities across the UK. The Chancellor has listened and acted on our calls for immediate support to help struggling businesses reach the finish line of this grueling marathon and to begin their recovery.

“Extensions to furlough, business rates relief, and VAT reductions give firms a fighting chance not only to restart, but also to rebuild.

“We particularly welcome the massive ‘super deduction’ investment incentive that the Chancellor has put in place for the next two years. This responds directly to our call to encourage those businesses that can to invest and grow.”

Ms Wall added: “The Chancellor has heard the strong voices of our members in the Chamber Network and businesses up and down the country that more help was needed to get through the crisis and then to invest in the recovery and the future.”