YOU ARE AT: Business MK > News > World Cup puts Brazil in the economic spotlight… but be prepared

World Cup puts Brazil in the economic spotlight… but be prepared 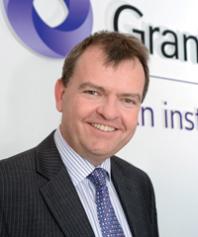 And that represents a major opportunity for the region’s businesses to gain a slice of the action.

As one of the so-called BRIC nations, Brazil has in recent years taken its place at the top table of global economic powers, with a booming manufacturing and services economy driven by demand from a fast-expanding middle class.

However, business advisers Grant Thornton warn that before businesses begin to explore opportunities in Latin America’s biggest nation, they need to make sure they are fully prepared.

Brazil has a highly complex tax system. A recent study by the World Bank ranked Brazil among the worst countries in the world for managing the compliance burden, with some 50 potential taxes to deal with.

Kevin Gale, practice manager at Grant Thornton’s Milton Keynes office, said: “To some, Brazil’s complicated and burdensome taxes do fly in the face of its claim to be ‘open for business’ and taxes on imports, whether goods or services, are particularly high.
“The other major headache is the high level of red tape and bureaucracy in Brazil. For example, you will often need to obtain import licences and many registrations, particularly in an industry such as pharmaceuticals. In this scenario it is often more advantageous to set up an operation on the ground, or to outsource production, as this may significantly reduce the tax and red tape burden.”

A further issue is that Brazil is such a vast and diverse area of 3.3 million square miles and 200 million inhabitants. Doing business in the south east of the country, particularlyin Sao Paulo state –  the country’s economic engine with 40 million inhabitants – is vastly different from operating in the less developed areas of the north and north east.

Mr Gale said: “The key lesson for any UK entity thinking of doing business in Brazil is preparation. Ensure you have a sound financial and tax model in place and get reputable legal support. Research the market thoroughly and explore opportunities with local partners, including joint ventures, which are commonplace.

“Language can also be an issue so it is advisable to have a translator on hand who speaks fluent Portuguese, since English is not widely spoken in Brazil unless you are dealing with top executives.

“Finally, be aware of Brazil’s regional differences. While it may be easier on the surface to do business in the more developed parts of the country, less developed states and cities will have lower levels of local taxes and may even offer tax incentives, while competition from rival businesses may be less severe.”