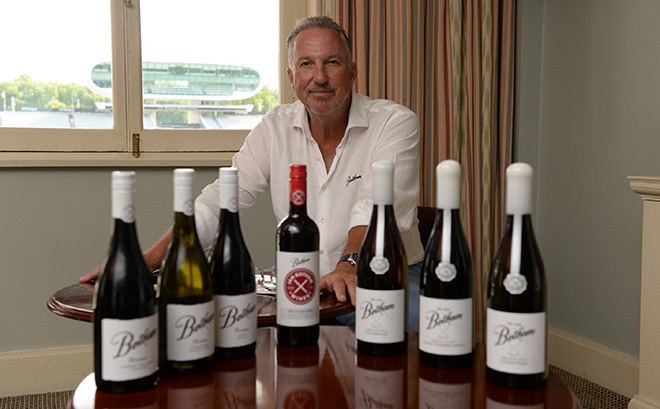 THE COMPANY responsible for developing Botham Wines and distributing Graham Norton Wines is tapping into new international markets thanks to a £750,000 funding package from HSBC UK.

Benchmark Drinks employs seven members of staff in its Kettering distribution centre and, as a direct result of the finance, has hopes to introduce more jobs in the UK.

The funding has also put the company in a stronger position to enable them to sign a five-year distribution agreement with the Australian retail giant Woolworths Group.

“Having started exporting in our inaugural year, HSBC UK’s backing will further fuel our expansion plans,” said Benchmark Drinks managing director Paul Schaafsma. “Our vision is to make our brands household names across the globe so we are excited to start this journey and be in a position to share our wines with the rest of the world.”

David Hamblin, South London regional director for HSBC UK’s Business Banking, said: “We are glad to be a part of Benchmark Drinks’ ambitious growth plans. As the company continues to make its mark in the wine industry, we look forward to working with them further as they continue to expand their global footprint.”