YOU ARE AT: Business MK > Uncategorized > Why it is time to move on

Why it is time to move on 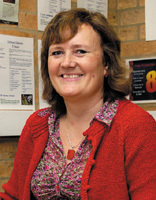 It is disappointing, however, that the debate up to now has been based around fiction and not fact.

The original plans for Central Milton Keynes may have been excellent when they were drawn up 40 years ago but life moves on and those who are leading the city forwards in 2007 are faced with an entirely different context to work in. Not only has the population grown from 60,000 to 250,000 and forecast to grow to 350,000 but also traffic has increased exponentially.

Anyone would believe from the current debate that change in Central Milton Keynes is new, imposed by some faceless bureaucrats who havenâ€™t a clue what they are doing. In fact, changes to the original plan started more than ten years ago when planners at the time realised that the original masterplan wasnâ€™t delivering what it set out to.

A number of the changes were driven forward by those who are now criticising those very changes. As far back as 1994, the Commission for New Towns, the successor body to Milton Keynes Development Corporation – headed locally by leading Urban Eden member John Napleton – reviewed the centre of Milton Keynes and found, among other things, that the focus on accessibility by private car had created barriers to movement and a bleak pedestrian environment. There was a lack of entertainment and a poor cultural offer.

The CNT set about making changes and the result was Milton Keynes Theatre, Midsummer Place, Xscape. Love or hate the architecture, they brought facilities that the city was lacking and now bring thousands of people into the centre.

From 1998, a wider review of Central Milton Keynes took place which involved the council and other key stakeholders and a prolonged period of public consultation in late 2000 and 2001. Business, community groups, schools, partners and the public took part in visioning workshops, producing different scenarios and community planning.

Unlike the original plan, local people and local business, rather than a group of planners, decided what they wanted their city centre to be like. The council and Milton Keynes Partnership, through its joint venture, and with business and community involvement, are delivering the communityâ€™s aspirations for our city centre. That inevitably means some change in order to remove what people donâ€™t like.

Turning to the issue of deforestation, plane crash and other figments of peopleâ€™s imagination, here are the facts.

David Lockâ€™s names are on the plans and John Napleton gave planning permission back in 1996. Hang on a minute… arenâ€™t they the very people who are complaining that this shopping centre involved the felling of trees? I carry no blame for that one â€“ at that time I was just elected to the council for the first time and the current Central Milton Keynes Framework wasnâ€™t even a twinkle in anyoneâ€™s eye.

There will be an overall net loss of five trees within the scheme and on the Gates and Boulevards because of the need to avoid the main from the combined heat and power station, which will provide environmental benefits. There will be a lot of new publicly accessible landscaped areas too.

There will be 29 new trees planted in the Boulevards and Gates to replace the 25 lost. Inside the site, we will end up with new trees that more than double the trees lost, plus a lot of new landscaping.

This area provides three-quarters of the “deforestation” that Urban Eden claims has taken place but, by their own admission, all of these are bushes, not trees. They were along the embankment that is being removed to build a new platform so that more Virgin trains will stop at Central Milton Keynes.

The business community, supported by the council and English Partnerships, has lobbied for this to help the local economy. What is more important – saving some bushes along an embankment or economic success?

Hopefully you now get the picture. The tree-lined Boulevards will remain. Where other trees need to be removed in order to provide a development that meets the aim of the Central Milton Keynes Framework, new trees will be planted to retain the attractive green environment in Central Milton Keynes.

Urban Eden may want to preserve the 1970 concept of Central Milton Keynes in aspic but I am interested in our city moving on to bigger and better things.

If we donâ€™t adapt and embrace change as we grow, our phenomenal success as a regional centre will go down the tube and we will become a curious museum piece.

To check the facts for yourself, visit www.mkweb.co.uk/mkgrowth.

If you are interested in Central Milton Keynes becoming a vibrant, diverse city centre which is pleasant to live, work and relax in, e-mail timetomoveon@milton-keynes.gov.uk.

I look forward to hearing from you.”