YOU ARE AT: Business MK > News > What amazing rubbish about recycling

What amazing rubbish about recycling 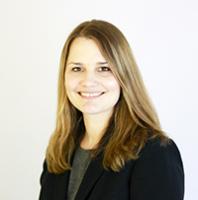 BUSINESSES of all sizes need to be conscious of the content of their waste streams so they can accurately identify which materials they can recycle, to minimise costs and maximise sustainability. The high recycling rates of many businesses in Milton Keynes, Bedfordshire, Luton and Buckinghamshire are a testimony to the effort many organisations make to operate sustainably. However, mixed messages in the media could have a negative effect on people’s behavior and business recycling rates.
For example, to explain the rationale behind a new plastic-free aisle in supermarkets, The Sun printed a picture of six different products including crisps, a Mars bar, a jar of fruit, baked beans in a tin, a disposable coffee cup and metal tins with a caption underneath that said: “Here are six items that can’t be recycled.”
Unfortunately, the picture and captions in the original newspaper article were wrong. The photo and caption were later changed online, but arguably the damage was done.
Metal packaging is a good example of this. Metal is in fact one of the most widely recycled materials in the world. There are two types of can, those made mostly from aluminium which are largely drinks cans, and those made mostly from steel which are usually food cans such as baked bean tins. It is vital that we collect and recycle metal cans and metal objects of every type as they are in fact easy to recycle. They are made from valuable raw materials that can and should be reused indefinitely.
The card in coffee cups can also be recycled. The reason so few cups are currently not being recycled is because people don’t have access to a waste collection service, or are confused by stories in the newspaper that their cups can’t be recycled, so they don’t bother trying.
In fact, any business which generates coffee waste might be interested to know that coffee grounds can be recycled too. We collect coffee grounds and send them for re-processing into coffee logs, giving them a second life use and reducing greenhouse gas emissions from landfill.
Confectionary wrappers are made from oriented polypropylene (OPP) and, contrary to popular belief, can be recycled, but only in post-industrial environments. So, a large manufacturing plant could recycle its OPP but we can’t recycle post-consumer wrappers.
Crisp packets are made from polyethylene terephthalate (PET) and technically this material can also be recycled in an industrial setting. Crisp packets from consumers are not recycled though.
From a list of products under the original caption in The Sun “Here are six items that can’t be recycled” because they are said to contain plastic, four are widely recycled: 80% of all steel ever produced in the world is still in use; 72% of all drinks cans in the UK are recycled; 70% of all paper in the UK is recycled; 68% of all glass and 44% of all plastic in the UK.
Cawleys is asking local businesses to ensure recycling rates continue to increase within our area and to be aware of the real elephant in the room – litter. A mountain of it which makes it way, eventually, to the sea.
We are in danger of letting our passion about plastic damage the efficient recycling of all the resources we consume, and failing to address the major issue of littering.