‘We need a cure… it’s as simple as that’ 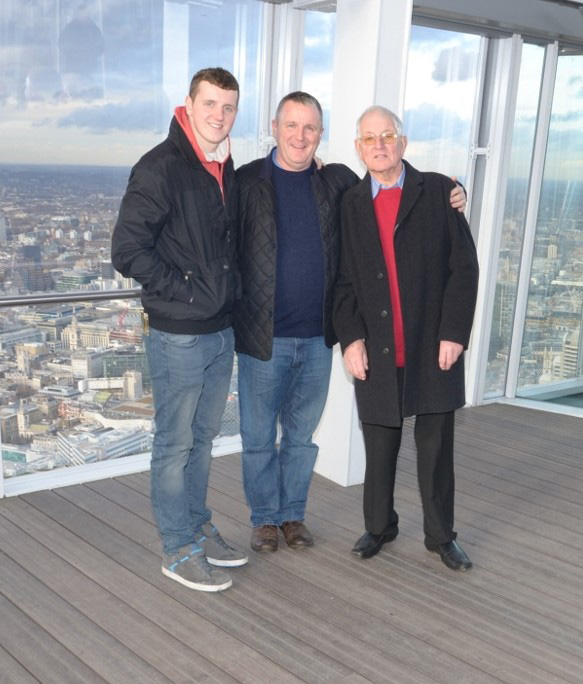 THE HEAD of a logistics company has spoken of the inspiration behind his work to raise money for research into a cure for Alzheimer’s.

Peter Masters is managing director of Miniclipper Logistics, the company his father Mick founded in Leighton Buzzard 48 years ago.

Today Mick lives in a care home, suffering from Alzheimer’s since the year 2000. “Dad is a lovely guy,” says Peter. “When growing the business, he did not have any enemies and everybody really liked working from him. In the early days of the business we always had a smile on our faces and that was mainly down to his personality.

“When he retired, he didn’t really have time to enjoy his retirement before he started on the journey of Alzheimer’s. Now he is just existing, to be honest.”

Peter organised a  black tie dinner and dance at the Horwood Estate hotel in Little Horwood near Milton Keynes earlier this year, which has raised £7,000 for Alzheimer’s Research UK, the UK’s leading dementia research charity. He has presented the cheque to Lindsay Gray, the charity’s regional fundraising officer.

Alzheimer’s Research UK powers world class studies focusing on prevention, diagnosis and treatments for dementia. One in three people born today will develop dementia in their lifetime unless we bring about life-changing preventions and treatments.

Lindsay said: “We are so grateful to Peter, his family and everyone at Miniclipper Logistics for supporting Alzheimer’s Research UK. Dementia affects a significant proportion of the population – one in two people know someone affected. Through research, funded by fantastic fundraising efforts like this, we will keep people connected to their families, their worlds and themselves for longer.”

Peter said: “I organised this fundraising ball with my sister Julie because we have just got to find a cure or a slow-down, haven’t we? When you see my father and the other people with the same condition as him, it is such a shame.

“So much money goes into cancer and it has improved. We need a cure for Alzheimer’s – it’s as simple as that.”

For further information about Alzheimer’s Research UK, or to find out more about fundraising for the charity, call 0300 111 5555 or visit www.alzheimersresearchuk.org