YOU ARE AT: Business MK > Awards > ‘We knew it was going to be a long journey’: Care company celebrates landmark award

‘We knew it was going to be a long journey’: Care company celebrates landmark award 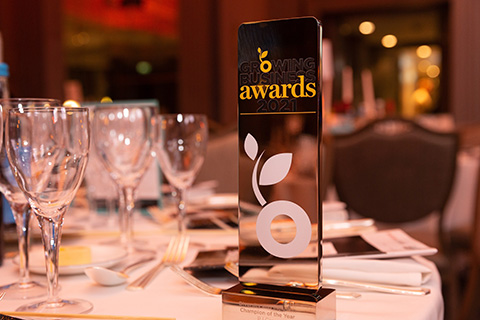 ITS WORK to develop a culture of equality, diversity and inclusion throughout its organisation has earned care provider PJ Care a major national award.

A delighted chairman Neil Russell is pictured after receiving the Diversity and Inclusion Champion of the Year award for PJ Care at the Growing Business awards. The company was also shortlisted in three categories: The Bridges Positive Impact Award, Employer of the Year and Family-Owned Business of the Year.

Neil Russell centre, chairman of PJ Care, with the Diversity and Inclusion Champion of the year award

The award for its work on diversity and inclusion is the culmination of 18 months’ commitment so far by PJ Care, which provides care for people with progressive neurological conditions and acquired brain injuries at two sites in Milton Keynes and a third in Peterborough.

“We knew it was going to be a long journey but the need to enable everyone to be the best they can be, wherever they were from or whatever their history was, far greater than any challenges we would face,” says Mr Russell, who took over running the company from his mother Jan Flawn. She founded the business in 2000.

“We are only a short way into our journey but it is wonderful to see that we are already being recognised for what we are doing.”

PJ Care established an equality, diversity and inclusion committee in July 2020 to foster understanding, create equity and enable all of its staff and residents to reach their potential regardless of their cultural background, heritage, disability, gender or age. The company employs close to 600 staff from 44 different nationalities.

“These surveys have been invaluable,” says Mr Russell. “They have given us all food for thought and provided real insight into the size of the task and the challenges ahead.”

Among the initiative the company has launched in the last 18 months are a company-wide awareness campaign, a LGBTQI+ support group, English language training for those with English as a second language, recognition for cultural festivals and support for women during the menopause.

The company is an accredited Living Wage employer and was recently named one of the top ten health and social care companies to work for in the ‘Best Companies’ rankings.

“PJ Care have successfully created an environment where their staff have the ability to thrive,” said the Growing Business awards judges. “They represent how companies should be.”