YOU ARE AT: Business MK > Information Technology > Video conferencing: Enjoy the best of both worlds

Video conferencing: Enjoy the best of both worlds 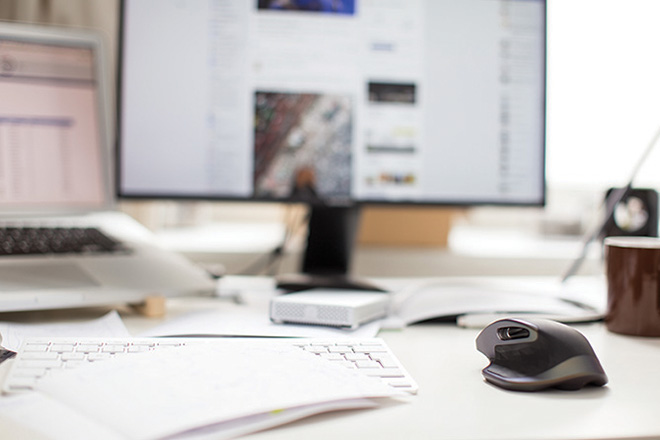 Matt Reynolds, of the social enterprise It’s What’s Next IT, assesses the relative benefits of the two leading remote meeting media Zoom and Microsoft Teams.

PEOPLE who build technology products are always looking for that ‘tipping point’ – the point at which a product seemingly overnight goes from being nowhere to everywhere.

We’ve had video conferencing since AT&T first demonstrated the product in 1968 but we’ve largely been able to do it for cheap, on mainstream hardware, for about ten years.

“Hey, can we set-up a Zoom for later this week?”

A general rule of markets is that there tends to be two dominant players that rule the market, leaving the other players scrabbling around for market share. Coca-Cola and Pepsi, FedEx and UPS, Lidl and Aldi, iOS and Android.

So which one is better? Which one should you use?

The simple answer is that you should use both and, to reassure you, there is no disadvantage in taking this approach. Both products have very different use cases, and by taking this blended approach you can bring out the advantages of both, as well as playing down some of the weaker aspects of each product.

Microsoft Teams is the evolution of a bunch of different Microsoft products which over time were developed in order to try to address the problem of how to you get a bunch of people all working on something to communicate and share information in a more optimal way that emailing around files and making phone calls.

It is mainly designed to support teams who are working together on long-running projects. Its previous incarnation was Skype for Business, a product many of you would have heard of or previously used.

Zoom on the other hand is an ‘ad hoc’ video conferencing platform. Its focus is to provide a way to allow a meeting organiser to put a date and time in a diary, throw out some meeting requests to attendees, and pretty much guarantee anyone with an invitation who is minded to attend can get in.

Between the two products, the actual ‘video conferencing’ bit is more or less identical – both products take video and audio and share it out over a network. Zoom has focused their innovation on making it very easy to “onboard” attendees so that they can access meetings.

This is, I suspect, why it’s seen such rapid adoption of Zoom over the past few months – the confidence that you have as a meeting owner that if you do your meetings over Zoom, you’re not going to be fighting the actual attendance part.

Microsoft has focused their innovation on a) keeping meetings secure so that only project members can get in, and b) allowing project members to share files in a secure way. As such, one of the biggest weaknesses of Microsoft Teams is that it is so difficult to set-up the teams, get people invited, get people who are invited to get the product installed, get them logged in and authenticated, etc.

That weakness can be explained away by the fact that you only have to do this on rare occasions – how often do project teams change?

Microsoft Teams is really designed to be a way of sharing documents and other text-based information first, and allowing video conferencing second. It’s the fact that you can create a secure project workspace and then share documents within that project team (all of which is integrated in with Microsoft SharePoint) that makes that particular product stands out.

As such, that’s my advice, and is exactly what I do within my own business. If I’m working on a project with a client, I’ll use Microsoft Teams for the security and document sharing.

If I’m running a workshop or other online event where people are dropping by to see what’s what, I’ll use Zoom for the ease of getting attendees to attend.

Try both within your own business, rather than choosing one over the other.