YOU ARE AT: Business MK > News > Vice-Chancellor: Robots will replace teachers in a decade

Vice-Chancellor: Robots will replace teachers in a decade 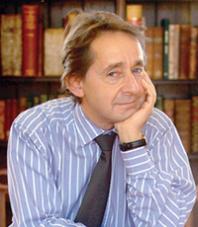 Sir Anthony Seldon has written a new book on the impact of Artificial Intelligence on education.

He said programmes currently being developed in Silicon Valley, California, will learn to read the brains and facial expressions of pupils, adapting the method of communication to what works best for their learning style.

In his book The Fourth Revolution, Sir Anthony pictured says that the new era of automated teaching promises an end to grouping children by year. The personalised nature of the robots will enable pupils to learn new material at their own pace, rather than as part of a class.

This is revolutionary for one-to-one learning, he says.

As part of robot-led learning, teachers would adopt the role of “overseers”, monitoring the progress of individual pupils, leading non-academic activities and providing pastoral support.

Sir Anthony said: “It will open up the possibility of an Eton or Wellington-style education for all. Everyone can have the very best teacher and it is completely personalised; the software you are working with will be with you throughout your education journey.”

He warned, however, that the new technology would have to be carefully introduced to avoid “infantilising” pupils and teachers. Automated teaching would also mean that only 30 per cent of school time will be spent in class.

Sir Anthony said: “The impact is going to be massive. This is beyond anything that we have seen in the industrial revolution or since with any other new technology. Automated teaching machines would be extraordinarily inspirational.

“The machines will know what it is that most excites you and gives you a natural level of challenge that is not too hard or too easy but just right for you.”

He expects the technology to become widespread within the next ten years. “The great danger is that it takes jobs away and for humans beings much of our fulfilment in life comes from the satisfaction of work.

“If we get the technology wrong it will end up doing everything for us in the same way that satnavs mean we no longer know how to read maps.”

The Fourth Revolution is due out next year.