YOU ARE AT: Business MK > Education > Vice chancellor calls for more investment in skills 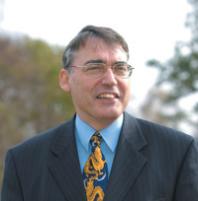 University of Bedfordshire vice chancellor Professor Les Ebdon says that skills development is essential if people are to compete in the jobs market. He also believes that the number of university places should be increased.
Professor Ebdon (pictured) was responding to the publication of the Organisation for Economic Cooperation and Development’s annual Education At AGlance report of 30 leading countries. It shows that going to university pays dividends later in life through higher salaries, better health and less vulnerability to unemployment.
The OECD also says that countries which want to come out stronger from the economic crisis should create and fund enough places in universities.
Professor Ebdon said: “The way to get out of this recession is to give people the best skills they can get so that they can compete in the job market in the long term. We are told we are climbing out of recession – all the more reason why universities like Bedfordshire and our students should be at the back of the queue when it comes to further government cuts.”
The OECD report follows controversy this summer over the number of university places available. Applications for places at the University of Bedfordshire this year increased by 29 per cent and Professor Ebdon, who also chairs the think tank million+, urged ministers to ensure more places are funded next year to enable all those students who want to enter higher education can do so.
Because of government restructions, only a few of the applicants were successful.
He said: “The UK still invests a smaller percentage of its wealth on higher education compared with many of our competitor countries. Now is the time to fund more places if we want our young people to have the best chance possible once the current economic crisis is over.”