YOU ARE AT: Business MK > Education > Vice-chancellor announces decision to step down

Vice-chancellor announces decision to step down 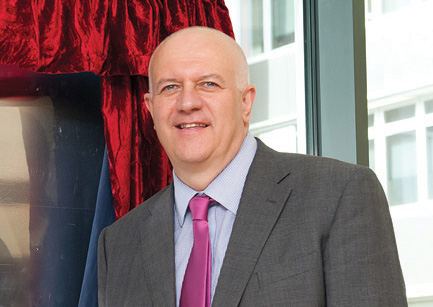 Bill Rammell is leaving the University of Bedfordshire after seven years as its vice-chancellor.

THE UNIVERSITY of Bedfordshire’s vice-chancellor Bill Rammell is to leave his post at the end of the year.

Mr Rammell has decided after seven years to explore new advisory/consultancy opportunities in the higher education sector and beyond.

The former MP, who rose to be Minister of State for Further and Higher Education in the Labour government led by Tony Blair, joined the university as vice-chancellor seven years ago. Before his move to Bedfordshire, he was deputy vice-chancellor at Plymouth University where he was responsible for the student experience and internationalisation.

With a commitment to widening access to higher education that is rooted in personal, academic and government experience, Mr Rammell led the university’s mission to deliver the best possible student experience for an international learning community, said chair of its governing body Tim Sawyer.

He added: “Bill joined the university to enhance the university’s standing and to prepare the university for a rapidly changing higher education environment. His strategy for widening participation and his international ambitions for the university have ensured its financial stability and recent success. Bill has championed the student experience, and grown partnerships and student recruitment.”

The university is now in the Global rankings and was awarded a Silver in the Teaching Excellence and Student Outcomes Framework.

Mr Rammell said: “During my tenure the university has become a top ten university for improving the student experience, we became the second most improved university in research rankings and we have greatly expanded partnerships and student recruitment at a time when other universities like ours have been cutting back.

“More than anything we have championed widening access to Higher Education and delivered life-changing opportunity. I am extremely proud of this and the superb team of staff I have led in achieving this.”

“It has been an extremely hard decision to leave the staff and students but the university is now financially sound, the new STEM building and other structural work is complete, and the university has a strong network of international partners which supports and contributes to the home campus. Therefore I do feel that what I wished to achieve has been completed and it now time to hand over to someone else for the next stage of the university journey.”

The formal appointment process for his successor as Vice-Chancellor is under way.

Mr Sawyer said: “We understand Bill’s desire to pursue new challenges. We are thankful to him for his contribution to and passion for the University of Bedfordshire and for developing a network of local and international delivery partners.

“Our strategy and ambitions are clear and we will ensure a smooth transition to his successor next year, who will continue our exciting transformation journey.”

Mr Rammell was MP for Harlow from 1997 to 2010. As well as his time at the department for Education, he served as Minister of State for the Foreign Office and for the Armed Forces.