YOU ARE AT: Business MK > News > VAT rise ‘will hit small firms hard’ 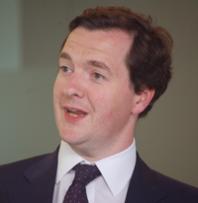 The VAT rate increased to 20% as business returned to work this week and the FSB survey found that 52% of firms expect to increase prices as a result. 45% forecast a fall in turnover while 36% fear they will lose customers as a result.

Chancellor of the Exchequer George Osborne (pictured) has said that this rise is here to stay as it is a change to the tax system to deal with the structural deficit. The FSB has urged him to return the rate to 17.5% once the public spending deficit has been reduced.

FSB leaders say that small firms will have to pass the full cost on to customers, reduce stock levels or find cost savings elsewhere – potentially costing jobs and undermining the government’s private sector-led recovery.
The FSB has called on the government to alleviate the stresses and strains on hard hit firms’ cash-flow by increasing the threshold at which they begin to pay VAT, from the current rate of £70,000 to £90,000. This could create up to 35,000 jobs.
FSB North Bucks branch chair Allan Banks said the severe weather at the end of 2010 had added to the tough times faced by small busineses over the past 12 months.
He added: “These figures show that almost half of respondents are going to have to increase prices as a result and 45% think it’s going to decrease their turnover, neither of which will help small firms take on more staff.
“If the government truly believes that the private sector is going to strengthen the recovery, we need to see action. Increasing the threshold at which companies have to register for VAT will put almost £900 million back in the pockets of small businesses. Without this small firms will struggle to bounce back as the spending cuts start to bite.”