YOU ARE AT: Business MK > News > Universities begin search for new Vice Chancellors 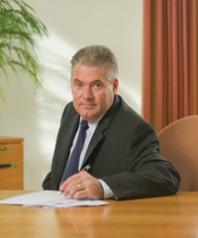 Martin Bean is returning to his native Australia to become Vice Chancellor at RMIT University in Melbourne after five years at the Open University.

The University of Buckingham has also begun the search for a new Vice Chancellor after Professor Terence Kealey announced his retirement at the end of the current term.

OU Pro Chancellor Lord Haskins of Skidby said: “Martin is a tireless advocate for opening up access to education, something which is woven into the DNA of The Open University. His leadership and guidance over the last five years has meant the OU has not only weathered storms which have swept through the sector but left the university in an excellent position to look to the future.”

Mr Bean said: “I am so proud of what we have achieved together during a time of unprecedented change in technology, the higher education sector and for the OU itself.

"The OU has never been so relevant and important – not just to our students across the four nations of the UK, but to literally millions of people all over the world.”

Professor Kealey has been Vice Chancellor at the University of Buckingham for 13 years.

Chairman of the university council Dr Robert Vanderplank said: “He leaves a better, larger and stronger university than he found.

"Those of us who knew the university in 2000 when Professor Kealey was appointed often ask ourselves whether it would even still exist were it not for his tireless and dedicated work.”