YOU ARE AT: Business MK > News > Universities back OU company in new era for online education

Universities back OU company in new era for online education 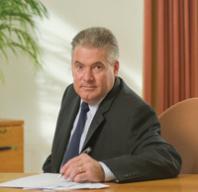 The universities of Birmingham, Bristol, Cardiff, East Anglia, Exeter, King’s College London, Lancaster, Leeds, Southampton, St Andrews and Warwick have all signed up to join Futurelearn.
Futurelearn will be independent but majority-owned by the OU. It will:
• Bring together a range of free, open, online courses from leading UK universities, that will be clear, simple to use and accessible;
• Draw on the OU’s expertise in delivering distance learning and pioneering open education resources to underpin a unified, coherent offer from all of its partners;
• Increase accessibility to higher education for students across the UK and in the rest of the world.
Futurelearn has been warmly welcomed by UK government. David Willetts,  Minister for Universities and Science and responsible for higher education in England, said: "The UK must be at the forefront of developments in education technology. Massive Open Online Courses present an opportunity for us to widen access to, and meet the global demand for, higher education. This is growing rapidly in emerging economies like Brazil, India and China.”
OU vice-chancellor Martin Bean (pictured) said: “MOOCs represent an enormous development in higher education, one that has the potential to bring about long-lasting change to the HE sector.
“The OU has decades of experience in world-class distance learning – each year we teach around 250,000 registered students, with literally millions of others accessing our free, informal, online offerings. Futurelearn will take this proud heritage and work with some of Britain’s best-known universities to write the next chapter in the story of British higher education.”
The OU has recruited one of the key architects of the development of BBC Online, Simon Nelson, as Futurelearn’s launch chief executive. During his 14 years at the BBC, Mr Nelson helped to set up iPlayer and its forerunner Radio Player and led all digital activities, initially for its radio division and then across all television content.
“There has been rapid and widespread growth in open online courses but until now UK universities have only had the option of working with US-based platforms,” Mr Nelson said.
“Futurelearn will aim to bring together the leading UK universities to create a combined and coherent offer for students in the UK and internationally. I look forward to using the OU’s proud history of innovation and academic excellence to create something the UK will be proud of and the world will want to be a part of.”
Mr Willetts said: “Futurelearn has the potential to put the UK at the heart of the technology for learning agenda by revolutionising conventional models of formal education. New online delivery tools will also create incredible opportunities for UK entrepreneurs to reach world markets by harnessing technology and innovation in the field of education."