YOU ARE AT: Business MK > > News > United front for Olympic glory 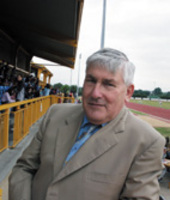 Key representatives from local authorities, the University of Bedfordshire, Bedford College, County Sports Partnership, Bedford Development Agency, London Luton Airport, Woburn Abbey and the countyâ€™s MPs, have met to discuss how they can bring athletes, jobs and tourism to the area before and after the Games.

The meeting comes following the directive from the London Organising Committee of the Olympic Games that individual applications will not be considered. Now organisations have agreed to discuss the possibility of offering athletes a pre-Games training camp in the county.

Bedford Mayor Frank Branston (pictured) chaired the first meeting of the newly formed Bedfordshire Olympic Opportunities Support Team. He said: “I am pleased that all interested parties in the county are now working together. We must work from a sub-regional point of view and pool resources to maximise the benefits for the county and ensure Bedfordshire is successful in its bid to offer a pre-Games training camp.”

The East of England Development Agency met groups from around the region at the University of Bedfordshireâ€™s Bedford campus to outline athletesâ€™ expectations of pre-Games training camps and their economic and social benefits.

Professor David Barrett, Dean of Partnerships at the University of Bedfordshire, said: “I am optimistic that BOOST can pull together and do its best to ensure the county plays its part in the 2012 Games, which will leave a lasting legacy for years to come.

BOOST has set up task forces to look at the opportunities created by the Olympics for sport, business, finance, marketing, tourism, education and transport. The deadline for applications to be considered as pre-Olympic training is January.