YOU ARE AT: Business MK > News > UK space sector turns to tech cluster as market prepares to expand 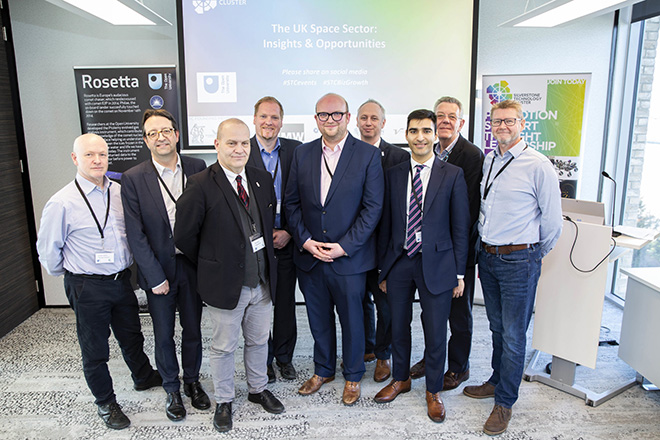 BILLIONS in funding for trailblazing projects in the UK space sector await tech companies based around Silverstone.

Leading organisations including Airbus, defence giant Lockheed Martin and the UK Space Agency have outlined their need for the specialist knowledge and expertise based around the Silverstone Technology Cluster.

Plans to grow the UK space sector are forecast to expand the market from £18 billion to £30 billion over the next decade, supported by Chancellor of the Exchequer Rishi Sunak’s statements in his Budget statement in March and increased investment in research and development projects, Airbus procurement chief Martin Lee told a meeting of sector specialists in Milton Keynes.

“Some of that will apply to the space sector but the space community as it stands today cannot solve everything. It is difficult to put a price on just how much the businesses in the STC might have to offer the sector,” he added.

Mr Lee was speaking at a Business Growth event held in conjunction with The Open University by the Silverstone Technology Cluster at the Central Milton Keynes office of  business advice firm Grant Thornton. More than 60 representatives of businesses, some from beyond the STC’s geography, attended to network and hear why their specialisms could boost the UK’s contribution to space over the next two decades.

Steve Gibson, senior business development manager at Lockheed Martin, said: “This is our first engagement with the STC and we are here to tell the audience what we are about and to see if there are any potential partners for us. We are talking in areas such as extreme heat, materials, structures, mechanisms, inflatables… having made our ‘pitch’, it is now over to them to let us know what they could contribute.”

The UK Space Agency’s deputy head of technology and head of standards Tony Forsythe added: “Space is not something we see as being isolated to itself. We know the expertise that are required but other sectors can also become involved so it’s important we explore other fields.

“Talking to people from other sectors in the STC and discovering if there could be solutions from some of those different sectors is exciting.”

Mr Lee said: “Businesses in the STC should also consider that the space sector will look favourably on dual-use technologies reducing costs, plus the ability to cut lead times of getting a technology launched an operational. This can mean taking technologies that people already know and adapting them, not necessarily starting afresh.”

STC chief executive Pim van Baarsen hailed the success of the event. “The audience was made up of people actively looking to engage with the space sector and it is an area we will continue to review with members and the organisations represented by [the event’s] speakers,” he said.