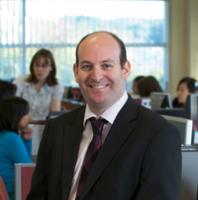 Verifile, based at Bedford i-Lab and Europe’s fastest growing pre-employment screening company, owns the world’s largest database of fake universities and has seen the number of confirmed bogus institutions rise by almost a quarter since a report it produced a year ago.
Managing director Eyal Ben Cohen (pictured) said: “The government is not doing enough to fight it. We fear that pushing up the cost of UK education will only increase the demand for fake universities and encourage more people to use their bogus ‘degrees’ as a way to improve chances of employment.”
Verifile’s report found a total 337 ‘degree mills’ of qualifications produced in the name of bogus universities in the UK. A further 219 institutions are currently under investigation.
Technology giant EDS was ordered by a court to pay broadcaster BSkyB £709 million after a senior EDS manager was found to have lied about the origins of a MBA degree.
Mr Ben Cohen said: “While the use of fake qualifications puts a candidate’s personal honesty and integrity in question, the damage to an employer can be far more significant.
“It is hard to believe that candidates are not aware of what they are doing when they purchase their ‘degrees’ without taking classes or sitting in exams. Yet tens of thousands are using degrees purchased from degree mills over the internet.”
Verifile works with clients all over the world. Mr Ben Cohen urged employers to be thorough in their checks into applicants’ background.
He added: “If tuition fees are to increase, we must expect the incidence of fake degrees to also rise. In costly education systems like the USA, degree mills are everywhere.”