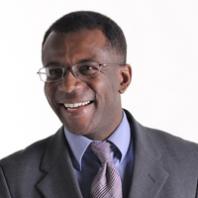 The Football Association is cracking down on clubs that make payments in player transfers that go to non-authorised agents, even if the football club has not agreed to them.

Solicitor Alistair Davis, who specialises in media, entertainment and sports rights law, says that many clubs could get caught out because they do not do enough due diligence work when signing players.
Mr Davis (pictured) also works as a consultant solicitor for Milton Keynes-based commercial law firm EMW. He said: “Football clubs need to take the due diligence process in buying players as seriously as they would when investing in any other asset.
“Players frequently cost clubs tens of millions of pounds but you do not see the same level of due diligence as you would in other asset acquisitions. The FA crackdown means that clubs need to move away from their cosy culture of agreements made with a handshake towards a more professional approach.”
Queens Park Rangers, newly promoted to the Premier League, was fined £875,000 because of questions over third party economic rights to Argentinian midfield player Alejandro Faurlin, who signed for the West London club in 2009.
The fine is part of an FA crackdown on player transfers which it instigated when irregularities were found over the economic rights to Faurlin’s compatriot Carlos Tevez while the striker, who went on to play for Manchester United and now captains Manchester City, was at West Ham United.
EMW warns that, in their eagerness to sign the best new players, football clubs face the risk of money going to an unauthorised agent for the player, such as a family member or overseas representatives.
To reduce the risk of a fine or points deduction, football clubs must take all reasonable steps to check an agent is authorised. Mr Davis advised clubs to:
Mr Davisalso warned that if clubs are fined or given point deductions by the FA, they also risk expensive legal action from other clubs arguing that they would have been promoted or avoided relegation but for the club’s cheating.