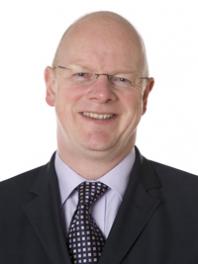 UK Trade & Investment and London Chamber of Commerce are co-organising a trade mission to the Central American country, which purchases more than £1 billion of British goods every year, is the world’s ninth largest economy and is growing at around 3% a year.
David Sayers (pictured), international tax partner with international accountants and business advisers Mazars in Milton Keynes, says big opportunities exist for exporters.
He said: “It is a country which has a bit of an image problem – drug wars and corruption have cast a shadow. But there is much more to Mexico than that.
“In fact, it is growing fast and UK companies need to get engaged with what is a thriving economy and burgeoning business sector.”
Mexico’s growth is boosted by its network of 12 Free Trade Agreements with 44 countries including the UK and accessing 60% of the world’s total GDP.
Mexico is also now part of the newly formed Pacific Alliance, the most open, high-growth and progressive economies in Latin America together with Colombia, Peru and Chile.
The mission, to Mexico City and Guadalajara, is being co-run by UK Trade & Investment and London Chamber of Commerce & Industry, sponsored by Santander and supported by the European Union.
It comes as Mexico, the USA and Canada celebrate the 20th anniversary of the North American Free Trade Deal. The visit runs March 7-14 but interested companies have until January 31 to sign up.
Mr Sayers said: “Mexico is one of Latin America’s most open economies.”
Its brightest prospects exist in sectors including food and drink, aerospace, automotive, healthcare, education, environment, financial services, infrastructure, oil and gas, power and energy, and security.
Consumer companies also have the chance to attend the ANTAD exhibition, one of the best food, consumer products and retail technology exhibitions in Mexico.
Mazars has offices based in cities across the country.
“Mazars knows the country well,” said Mr Sayers. “We can advise on the best ways to take advantage.”