YOU ARE AT: Business MK > Growth Debate > Towns rate in top ten for growth 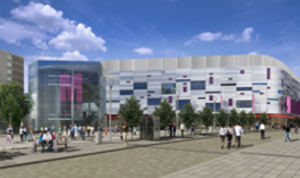 This was confirmed by Luton’s position in the recent Business Barometer from the Royal Mail, which lists the top 20 business growth towns and cities nationwide, Luton ranks sixth,up from 33 last year, beating the only other town in the south east to make the list, Milton Keynes – rated in ninth place.

Colin Chick, director of environment and regeneration at Luton Borough Council, said: “No one can deny that the country is going through challenging times but in Luton our team is working with businesses, developers and investors to make that the major regeneration plans for the town are still on course and that Luton’s economy continues to grow.

“We are on hand individually and through a series of events to offer support and advice to all local businesses about how to expand, diversify and get funding if they need it.

“It is great that Luton is now one of the leading towns in the country for business growth and I am confident that this positive trend will continue.”

A number of major developments in the town or now under way or will be starting shortly include a £20 million redevelopment of the frontage of the Mall Arndale (pictured) which begins next month will be open for business in late 2010.
A number of retailers have already secured units including Starbucks and TK Maxx.

The building of the new multi-storey car park, the first phase of the new Luton Gateway project will begin in the New Year.

Explore Investments are still committed to transforming the former Vauxhall site in to the £400 million Napier Park development and have submitted a planning application for the development of Stirling Place, part of the northern gateway adjoining Luton Parkway Station.

The new Luton corridor road, linking the M1 motorway to the airport, opens in January and this will compliment the innovative Luton Dunstable guided busway which recently received the go-ahead with £80 million of government funding.

Building work on the St George’s Square development is due to start next month. Contractors Balfour Beatty expect the work to be completed by early summer of 2010.

The development will provide more than 75,000 sq ft of high-quality new shopping, with cafés and restaurants. The development is already 70% let with TK Maxx, Argos, Poundland and Starbucks all taking space.

The Mall chief executive Ken Ford said: “We have always been very committed to Luton as a retail destination and we want to ensure we continue to provide the best possible shopping experience for the people of Luton.

“We are confident that the new scheme will offer many benefits for the town – a larger, brighter and more modern shopping environment for both our shoppers and retailers.”