YOU ARE AT: Business MK > News > Tourism champion names its new chief executive 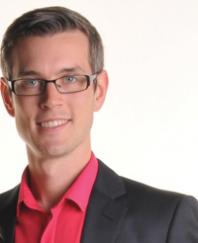 He will take over at Destination Milton Keynes in March following the retirement of Jackie Inskipp as general manager.
Mr Gordon-Wilson joins DMK from Xscape, where he was head of marketing and promotions. He said: “I have been actively involved in the operation of DMK through my work at Xscape and I believe that my experience of the local tourist economy coupled with my passion for Milton Keynes will help me lead DMK through what is going to be an exciting few years.”
DMK has embarked on a number of major projects, including a recently launched promotional video for Milton Keynes, its bid to become a host city for the Rugby World Cup in 2015, DMK’s presence at CONFEX 2013 – the UK’s leading exhibition for the events industry that takes place in London on March 19-21 – and the delivery of Milton Keynes’ Destination Management Plan.
DMK also plans a major consultation with its existing members on the way forward in promoting the visitor economy.
DMK chair Dr Ann Limb said: “We are delighted that we have been able to recruit a worthy successor to Jackie Inskipp from among our growing private sector membership.”