YOU ARE AT: Business MK > News > Time to fire up the Midlands business engine, says Business Secretary 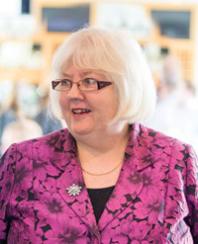 The project, dubbed the Midlands Engine prospectus, was launched by Business Secretary Sajid Javid on Friday.

It focuses on boosting the region in five key areas:

The South East Midlands Local Enterprise Partnership has joined forces with other LEPs in the Midlands to create the plan, which will be supported by £5 million of Government funding.

The plan aims to boost the region’s economy by enhancing its connectivity to take advantage of its central location, closing the skills gap in the manufacturing and engineering sectors and developing new sources of finance for business.

Mr Javid said: "I commend the leadership shown by the Midlands LEPs, local authorities and others to come together and pool resources to work towards the shared goal of greater growth for the whole region."

Communities minister Marcus Jones said the plan would give the Midlands the potential to grow by £34 billion by 2030.

The Midlands Engine prospectus sets out the scale of the region’s ambition and is in response to government announcements made earlier this year, which linked to plans for the Midlands economy and its desire for increased productivity.

Mary Clarke (pictured), chief executive of staff development and HR specialist Cognisco and a SEMLEP director, was part of the panel discussion at the launch with Mr Javid and Mr Jones.

She said "The Midlands Engine initiative provides a platform for businesses to work with local authorities and LEPs to develop the skills and provide the infrastructure that will fuel economic growth in this important part of the country."

SEMLEP chair Dr Ann Limb said: “The Midlands Engine aims to boost productivity and add value to the UK economy and this is an exciting opportunity to work together and to combine efforts to attract global companies to the Midlands as a whole.

"We are committed to encouraging increased investment in the area to deliver more jobs and bring greater prosperity to our communities.”

The Midland Engine region already boasts a £222 billion (14.6%) contribution in GVA to the wider UK economy, growing by 30% in the last decade. Its strong manufacturing base currently employs 637,400 people, delivering 19.7% of the UK’s total manufacturing output.

Seen by many as the place to do business, the Midlands Engine region has excellent international links with inward investment, growing by 130% during the period 2011 – 2015.

In this period, the region attracted 880 foreign investment projects which have in turn created more than 48,000 new jobs, while at the same time safeguarding a further 23,000.

Midlands Engine stakeholders believe that it is crucial to build on this level of momentum and will be working closely with the government to implement the proposals set out in the prospectus.

Mr Javid said: “The Midlands is the heartland of our thriving manufacturing sector and home to 25 universities, playing a strong role in the recovery of the UK economy. Over the last year, private sector employment in the Midlands grew more than three times faster than London and the South East.

“But there are more opportunities to capitalise on the Midlands’ natural strengths and assets and make it an engine for growth.

"Through this prospectus, which sets out the region’s own vision to unlock greater economic growth, it is time to fire up the Midlands Engine.”