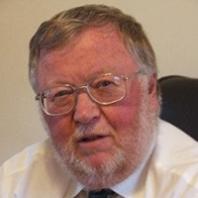 The Small Business, Big Heart reportshows that the eight out of ten of small firms in the East of England are contributing to local charities or the wider community in some way. One in three donates their time and a similar proportion providing skills, wider resources or mentoring to others.

One in three small employers hire those with a disability or mental health condition. Four in ten offer work experience, the report adds.

Now the FSB is calling for a one-year National Insurance Contributions ‘holiday’ for firms that employ those from disadvantaged groups, as well as targeted Statutory Sick Pay refunds and greater support for work experience placements.

The government made the promise to do so in its election manifesto. Now is the time to deliver, says Malcolm Lyons, the FSB’s area leader for Bedfordshire, Cambridgeshire and Hertfordshire.

“The contribution of small businesses to local communities is too often overlooked by policymakers,” he said.”We’re not just generators of profits and tax: we’re an active force for good in society.

“Those who are disadvantaged are already more likely to find work with a small firm than a big corporation. Back in 2017, the Conservatives promised that,  were they elected,  they would introduce a one-year NICs holiday for firms that take on those with a disability, mental health condition or who have been out of work for some time.

“We’ve been left asking: when will this promise be delivered? Two years later, it should be prioritised.”

Small employers are already more likely to hire those from harder to reach groups than big corporations. Nationally, the considerable majority employ an older worker, a third have a member of staff with low levels of educational attainment, and a similar share employ at least one person with a known disability or mental health condition.

“We look forward to the Chancellor outlining exactly how the commitment will be taken forward in the upcoming Spring Statement,” said Mr Lyons.

“With the labour market tightening, EU migration down and skills shortages starting to bite, it’s more vital than ever that this incentive is made available.”

The FSB report highlights the support provided by small businesses for young people. More than four in ten small employers actively engage with schools, colleges or youth organisations. A similar proportion offer work experience, either as part of their recruitment process or as a result of community outreach efforts.

The federation is urging the government to take a fresh look at introducing compulsory work experience in schools across England, learning from previous approaches to build-in flexibility for small firms.

The new study also flags the cost of ill-health to small firms. More than a third say sickness absence has cost them over £1,000 in the last 12 months.

The wFSB is calling on policymakers to allow best-practice employers to recoup some of the costs they incur from long-term staff absences, drawing on the precedent set by the Percentage Threshold Scheme.

Shelved in 2014, the PTS allowed firms to reclaim a share of Statutory Sick Pay if their SSP expenditure exceeded a set percentage of their total National Insurance bill.

Small Business, Big Heart shows that smaller firms are at the forefront of the government’s Good Work agenda. The vast majority offer flexible working, with many recognising the benefits that come with doing so, including reduced staff absences and cost savings.

“More young people than ever before are taking part in higher education. That will be a good thing for many but we need to ensure that young people are work-ready when their education finishes,” said Mr Lyons.

“That means giving them exposure to the business world at an early age. It’s high-time for the government to do more to enable work experience in small businesses.

“Equally, small business owners are keen to provide support when staff are suffering from ill health. They need help to make that possible though. If you’re a micro business and a member of your team is away for a long stretch, that can cause a lot of financial pressure. The return of a targeted PTS-type initiative would help address this challenge.

“Small firms provide the flexible, family-centred working environments that can be hard to come by in big corporations. It’s crucial that this flexibility is maintained as the government pushes on with its Good Work agenda.”