YOU ARE AT: Business MK > News > Time for business to find its voice, says Mayor

Time for business to find its voice, says Mayor 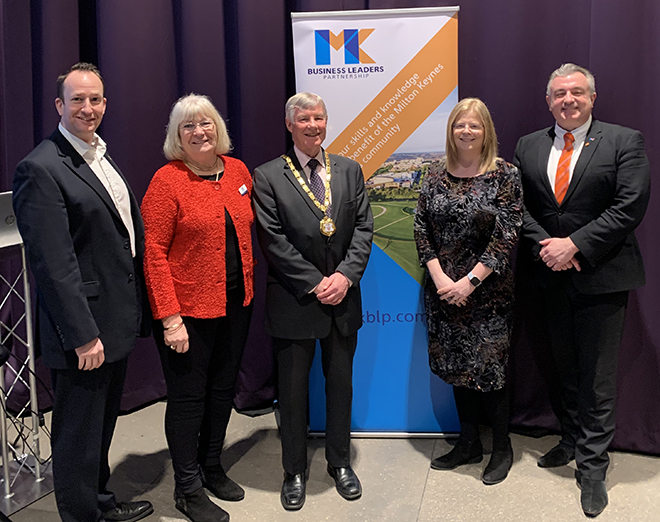 EDUCATION  and the arts have a key role to play in the future growth plans of Milton Keynes, the borough’s Mayor has told business leaders.

Cllr Sam Crooks argued the need to develop a strong educational pipeline in Milton Keynes, in order to supply talent into the Oxford to Cambridge Arc, the UK’s answer to Silicon Valley which will be a  hub of AI and technological businesses, and to create a higher education offer that encourages  the city’s younger generation to stay.

Speaking at a Milton Keynes Business Leaders Partnership event at MK Gallery, the Mayor said: “Milton Keynes acts as an escalator. We have good people in our secondary schools, but they move out of the city to go to university  and do not come back. We are effectively exporting our talent elsewhere but we need to retain it within Milton Keynes to sustain and fuel our growth.”

The proposed MK:U university is due to break ground next year. But Cllr Crooks said that plans could be hindered by the election  due to the £100 million government investment needed. However, he stressed the importance of having a university in Milton Keynes.

“It is important that a city like ours has a distinctive university, particularly if we are to realise our ambition of becoming one of Britain’s, and certainly England’s, Top 10 cities.”

Cllr Crooks concluded his speech by outlining plans for two new transit systems, which will eventually pave the way for autonomous trains, and a renewed focus on promoting the creative and cultural side of the city’s arts.

“We need to get a better image of ourselves,” he said. “We are internationally renowned as a go ahead place and we can sell that just as much through the arts as through our sport, our urban design and our learning and education. This is our challenge but we are up for it.”