YOU ARE AT: Business MK > News > Three ways to manage existing debtors 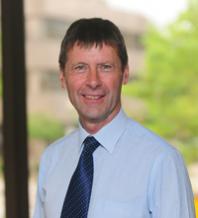 Not all overdue debts are of course, disasters. Most can be recovered through County Court proceedings. The secret of success, however, is to act quickly and firmly in order to maximise the prospects of recovery, before other creditors help themselves to any available assets.
A promise of payment as and when cash becomes available is often nothing more than a delaying tactic. It is therefore a case of knowing a customer and deciding whether the excuses are genuine or merely a ploy:
Although these procedures are all relatively straight forward and County Court staff are often very helpful, the process can be time-consuming if not done correctly. It is therefore recommended that advice be sought from a specialist solicitor at an early stage. Any legal costs incurred by the solicitor will usually be recovered from the debtor, assuming a claim is successful.
Of course, a late payment can become a disaster where the debtor turns out to be insolvent and unable to pay their debts. Most cases like these result in a formal insolvency procedure, whether this is bankruptcy or liquidation (winding up), a voluntary arrangement or increasingly, administration.
These procedures probably merit an entire article in themselves, but a common factor is that individual creditors are no longer able to take action to recover their debts, as the affairs of the debtor are taken over by an insolvency practitioner who is responsible for turning assets into cash and distributing dividends to creditors.
Where the assets are insufficient to pay all debts in full, as is usually the case, creditors will receive a percentage of their claim in proportion to the amount they are claiming as a percentage of the debtor’s liabilities as a whole.
Alan Hamblett is a partner at the Milton Keynes office of Shakespeares