YOU ARE AT: Business MK > News > There is a long way to go but investment in skills is a good start 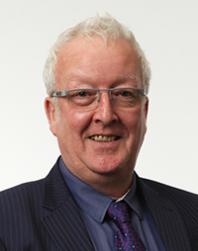 I AM pleased that skills and training featured as part of the Autumn Budget. This is one of the biggest challenges facing our industry at the moment and is crucial to address if we are to weather the potential Brexit storm.

Mr Hammond himself acknowledged that productivity was still an issue for the UK. It is not at the level it should be and forecasts for the next five years have had to be revaluated.

It was announced that new maths schools would open and that existing schools who support students studying A Level maths will receive rewards. A further £27 million in funding has been earmarked to further support maths and technical training.

This is a good start but there is still a long way to go in transforming our industry, creating a skilled workforce and promoting engineering as an attractive career prospect for students.

New infrastructure and large-scale building projects were announced, with focus around new garden towns and new homes sites. Mr Hammond also discussed the disparity between planning permissions granted and schemes breaking ground – this is now to come under ‘urgent review’ and this could not come soon enough.

In order to get the construction industry moving, there needs to be a greater understanding between local authorities and developers, removing commercial incentives to retaining land and encouraging more projects to get off the ground.

Mr Hammond also laid out further plans and investment promises to devolved powers, committing to ensuring that London does not retain all of the UK’s wealth and economic strength.

With offices across the country, I look forward to seeing what this further investment in the Northern Powerhouse and Midlands Engine will look like as we begin Brexit negotiations and stability is beginning to be rocked once again.

Brexit is still a concern for the industry but we have weathered storms before and I have confidence in the industry. However, skills and training must remain a top priority, particularly with regards apprenticeships and equal gender representation in the industry.

BSD is a firm of consulting engineers based in Corby.