YOU ARE AT: Business MK > Lifestyle > Theatre is nominated for top awards

Theatre is nominated for top awards 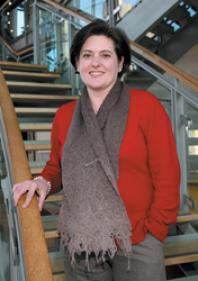 The theatre has been nominated for the Renee Stepham Award for the Presentation of Touring Theatre and The TMA Award for Achievement in Marketing.
The Renee Stepham Award celebrates the presentation and promotion of touring, while Milton Keynes Theatre, which celebrates its tenth anniversary this year, has been honoured in the TMA Award for Achievement in Marketing in recognition of its marketing campaign for the National Theatre production of Rafta Rafta
Theatre chief executive Elizabeth Adlington (pictured) said: “We are thrilled to be short-listed for these two national awards. As the theatre moves into its second decade, we are at the top of our game and determined to stay there by delivering both commercial success and a programme that delights, challenges and stretches audiences.
“Our success in being short-listed and this recognition from one of the industry’s leading professional associations is a reflection of the hard work of our dedicated staff to the presentation, promotion and support of a wide-range of performances”
The winners will be announced at the TMA Management Awards at Wiltons Music Hall in London on May 14.
The TMA is the UK’s major business association for organisations and companies including theatres and arts venues across the UK, involved professionally in the production and presentation of the performing arts. Milton Keynes Theatre is one of three theatres in the UK short-listed for each of these two categories.