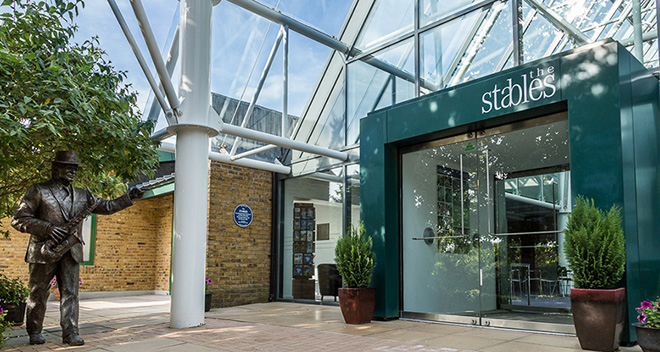 SUPPORTERS of The Stables Theatre in Wavendon are preparing to make their presence felt at a meeting of Milton Keynes Council’s development control committee next week.

Councillors are due to meet on Thursday (August 1) to consider a new application to build new homes next to the venue.

But The Stables Theatre in Milton Keynes is urging supporters to attend the meeting to demonstrate their opposition  to the plan. A total 875 letters of objection and a petition of more than 21,000 signatures in opposition to the latest planning application have been submitted to the council ahead of the meeting.

An application submitted in April for 134 houses to be built next to the venue had been approved by the council on the proviso that a range of noise-mitigating conditions for the whole site were included, including a Deed of Easement. The Deed would have protected The Stables against potential noise complaints from residents by allowing current noise levels to continue to be emitted across the Abbey Homes site in perpetuity.

The recommendation to approve this new application ignores this protection, says The Stables.

The officers’ recommendation also fails to appreciate the residual risk of noise from The Stables impacting on residents on the western part of the site. The Stables has submitted revised noise assessments demonstrating that there remains a risk of noise impacting on new residents and requesting the condition for the Deed of Easement required at the April committee meeting is imposed on this application as none of the risk factors have changed since the April meeting.

The Stables chief executive and artistic director Monica Ferguson said: “The future of one of the UK’s best loved music venues and local community assets is at stake. We trust that members of the development control committee will understand the risk remains and will ensure that the Deed of Easement condition is imposed on this application, despite the recommendation of its officers to the contrary. Enough is enough.”

The committee meeting takes place at 7pm on August 1 at the Civic Offices in Central Milton Keynes. It is open to the public.