YOU ARE AT: Business MK > Finance > The economy: reasons to be cheerful

The economy: reasons to be cheerful 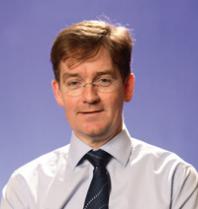 A LOSS of market confidence or further problems in the financial system could still derail the UK’s fragile recovery. But it is still worth offering some potential positive news for the UK economy for 2011, with six reasons why business should be optimistic about the UK’s recovery in 2011.
Balance sheets are in better shape than households and government
THE balance sheet of the UK corporate sector is in a position of relative health, especially in comparison to households and government. Firms used the downturn to preserve cash-flows, pay down debt and seek new capital. The spare capacity created by the downturn is now starting to reduce rapidly, while long-term borrowing rates remain at historically low levels – providing a sound basis for an improvement in investment.

Our flexible labour market helped us weather the downturn

COMPARED with the downturns in the early 1980s and 1990s, employment levels have been much more resilient over the last three years. Firms used options for part-time work or re-assignments rather than just relying on lay-offs. As a result, more workers have been kept in productive use than before, helping to retain and enhance skills.

Sterling will keep us in good shape

WE STILL have a flexible (and competitive) exchange rate: The 25% depreciation in sterling since 2007 offers a more immediate trade benefit. In contrast to the monetary constraints faced by some of the peripheral countries in the Eurozone, we still retain the flexibility of using the exchange rate as a tool for growth. With world trade growing at a double-digit rate in 2010, a competitive exchange rate will have a great impact as global demand improves.

It’s still a competitive advantage to be British

ENGLISH is the global business language, our legal systems are widely used and the GMT timezone allows us to work in both the Asian afternoon and the North American morning. We have several strengths for which other countries would be envious.
The World Bank recently rated us the fourth best country in the world in terms of ‘Ease of Doing Business’. Indeed, our stock of inward foreign direct investment per capita is the world’s second highest.
We’ve been here before and prospered
THE MOST well-worn phrase in economics is ‘This time it’s different’. Almost invariably, this turns out to be false. This applies not only to the build-up of asset bubbles in an upturn but also to the nature of an economic recovery. The mid-1990s were also characterised by major cutbacks in government spending, yet these were also years of positive growth and improvements in investment and trade.
We have export strengths to build on
WE ARE no strangers to international trade, indeed we are one of the most open economies in the world. We must build on this. We are the world’s sixth largest exporter and the second largest in terms of services. We have major strengths in high value-added manufacturing, such as aerospace and pharmaceuticals, as well as more traditional export products, such as cars and food-stuffs.
If all else fails, there is always the old British sense of humour and stoicism to fall back upon. It is probably no coincidence that David Cameron has launched his new ‘well-being’ index at a time of economic uncertainty.
If we can’t improve our GDP through higher productivity, investment and trade, we may still be happy…