YOU ARE AT: Business MK > News > The digital snowball is gathering pace…

The digital snowball is gathering pace… 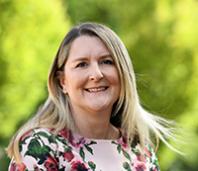 THE NEWS that Santander is investing £150 million in a new campus which will be home to 5,000 of its staff is the latest evidence for the digital explosion taking place in Milton Keynes. The bank describes it as a “flagship UK technology hub ” and it will be central to its ambitious plans for growth in the coming years.

Over the next decade our city will be transformed. The Santander hub is due to open in 2022 and in making the announcement the company recognises Milton Keynes as “already one of the UK’s leading technology hotspots”.

It describes the planned MK:U university, which will welcome its first students a year later, as proof that that trend will continue and accelerate. If all goes well and the project gets the go ahead from government, Milton Keynes College’s own Institute of Technology planned for Bletchley Park will open its doors in 2021, providing top class digital education for about 1,000 students a year.

The city is already home to literally thousands of tech companies and, with all this on the horizon, it’s reasonable to expect that number will continue to grow for the foreseeable future.

What’s important is that while those of us who live and work here are fully aware of the forward-looking nature of its people and businesses, the significance of such recognition from a company as enormous and influential as Santander cannot be overstated. It’s a bit like opening a shopping centre and having Marks and Spencer move in.

The presence of a global player attracts other, smaller brands, too.  It would not be a surprise to see other big names relocating to the city.

The government has made it clear that it will look favourably on infrastructure projects enabling the development of the Oxford-Milton Keynes-Cambridge corridor, its stated aim to encourage growth in a region it sees as crucial to the nation’s future prosperity.

At Milton Keynes College we’re seeing incredible growth in the popularity of digital apprenticeships. More and more companies are realising that even if they are not in the business of technology, they still need people who understand technology to run their business.

However, there is still a massive digital skills gap. Research released by business advisers Deloitte in July shows that more than 75% of companies are struggling to recruit technology-savvy employees.

The Open University reckons more than £2 billion is being lost to the UK economy each year because business is having to pay higher salaries and take on temporary staff just to meet its immediate needs – and those needs are growing all the time.

The fourth industrial revolution is upon us, with Artificial Intelligence, the Internet of Things, robotics, nanotechnology, quantum computing and autonomous vehicles just a few of the remarkable elements of this tumultuous change.

With the Institute of Technology and the university up and running our city will be ready to compete on a global scale. If the future is digital, Milton Keynes is where it is happening first.