YOU ARE AT: Business MK > Finance > The crunch is starting to bite

The crunch is starting to bite 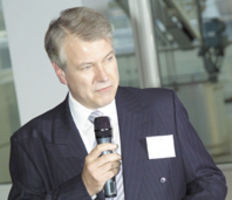 BUSINESSES are now reacting to the effects of the credit crunch after months of uncertainty regarding the impact on companies outside the financial sector.

This finding forms part of a key market survey by Baker Tilly, carried out in February and April this year. The research also shows that a cross-section of businesses adjusted their outlook on the UK economy downwards during March, becoming more focused on cutting costs in the light of an expected drop in earnings.

Furthermore, the number of companies bringing in additional risk controls tripled, as the effects of the credit crunch deepened and widened.

A third of respondents said that the credit crunch was beginning to impact more on their business during March. Nearly two thirds of these said that they were experiencing a decrease in their profits, and a quarter said that they were finding problems with financing.
The biggest change during the month was in attitudes to risk. By the beginning of April, nearly two thirds were putting risk management controls in place, compared to just over a fifth a month earlier. This largely consisted of implementing tougher credit controls and assessing customer and supplier risk.

The number of companies considering cutting their costs nearly doubled during March â€“ rising from 26 per cent to 45 per cent by the beginning April.

The biggest area for potential cost savings was seen in recruitment with one in four companies looking at limiting numbers of new staff; one in six was pondering redundancies, while one in ten was looking at changing remuneration policies.

The perceived threat of bankruptcy among suppliers jumped markedly between the two survey dates. In the first survey, under a fifth thought that five per cent or more of their suppliers were in danger of going bankrupt. This rose sharply to more than a third at the beginning of April.

Notably, three quarters of those surveyed are continuing their growth strategies this year. A third of these companies expect that the growth will come from acquisitions, while a third foresee continued organic expansion despite the credit crunch.

In summary, businesses have definitely begun to feel the widening effects of the credit crunch. Most are considering belt-tightening and are proposing increased vigilance to deal with the tough market conditions.

It is obvious that we are in a period of uncertainty and companies are therefore focusing more attention towards internal controls and assessing external risks.