YOU ARE AT: Business MK > Food & Drink > The appliance of science in the spirits world

The appliance of science in the spirits world 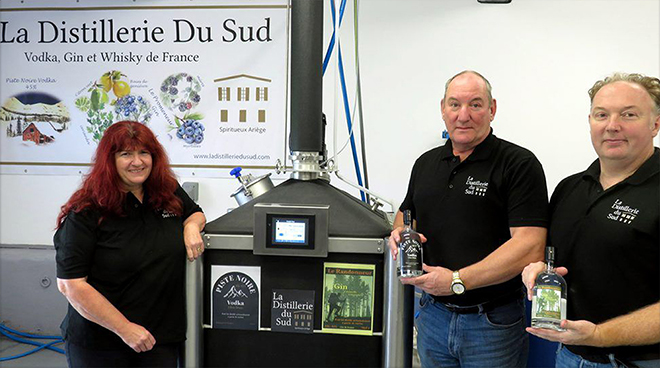 A FORMER  head of physics at Stowe School is applying a very scientific approach to his new career distilling spirits inspired by the foothaills of the Pyrenees.

Le Randonneur gin is made from grapes grown in the Languedoc-Roussillon region and earned praise from the judges for its fresh tasting botanicals. Distilled with water sourced from the Pyrennean mountains, unfiltered Piste Noire vodka was also awarded a silver medal for its distinctive flavour and smooth aftertaste.

The mastermind behind La Distillerie du Sud’s is gerant (owner) and chief distiller Steve Malling. He was head of physics at Stowe, near Buckingham, until 2018 and has developed a uniquely science-driven approach to the distilling process, combined with the high-quality, natural ingredients that the Ariège department in the French Pyrennees has to offer.

“To be awarded a prestigious silver medal for our signature vodka and gins after only nine months is incredible,” he says. “The judges were impressed by our innovative approach to the distillation process which really helped to capture the essence and flavour of the French Pyrenees.”

Operating out of a converted farmhouse set in 20 acres of woodland in the farming village of Carla-de-Roquefort, Mr Malling has big plans for La Distillerie du Sud. Its first batch of craft whisky is already starting to age in French oak wine barrels and the distillery, which supplies local bars, hotels, supermarkets and restaurants across south west France, is also expanding internationally.