YOU ARE AT: Business MK > News > Technology is the key driver for change in SMEs, says OU survey

Technology is the key driver for change in SMEs, says OU survey 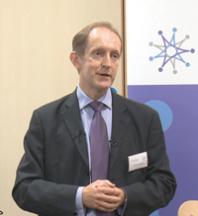 The Quarterly Survey, published by the Open University, tracked the recent growth of online services and their impact on SMEs, including the transition of back office services to ‘cloud-based’ providers, up from 8% in 2011 to 21% two years later.

The 2011 report also revealed that businesses considering themselves to be the most entrepreneurial were seven times more likely to have implemented cloud computing technologies.

The Quarterly Survey was founded in 1984 by consultant and economist Graham Bannock in response to concerns over the lack of accessible and relevant data on Britain’s small business sector. Its reports have tracked sector developments for three decades.

The Open University Business School has hosted the Quarterly Survey since 1989 – the same year it launched its MBA programme, which has provided a strong foundation for many individuals establishing their own small businesses and who have become part of the Quarterly Survey community.

Emeritus Professor Colin Gray, editor of the Quarterly Survey of Small Business in Britain from 1998 to 2011, said: “The Quarterly Survey has been an economic barometer since it was launched in 1984 and has remained an important resource for SME academics, policy-makers and support providers.

“It has also established a community of UK-wide SME managers and owners, enabling them to highlight shared concerns.”

Dr Richard Blundel (pictured), current editor of the Quarterly Survey, said: “It is difficult to overstate the sheer pace of change that SME managers and owners have experienced during the last three decades. It is apparent that the spread of digital technologies has had a particularly dramatic impact on small businesses of all varieties.

“Some issues, such as the ‘Millennium Bug’, have come and gone but others – business information and support services, the impact of regulations and the need for skills development – are as important today as they have ever been.

“While it is essential to have reliable and independent data on small and medium-sized businesses, the experiences and shared opinions of the managers and owners behind the statistics are just as important if we really want to understand the underlying issues. T

“he Quarterly Survey team has always tried to engage with the individual to ensure that the practitioner’s voice is heard.”

Longstanding participants in the Quarterly Survey reflected on other key external factors that have influenced their businesses over the past 30 years, including regulations and procurement pressures from big businesses, and on the benefits of participating in the survey

For the full report, a freely-accessible archive of previous surveys dating back to 1990, and more on the history of the Quarterly Survey, visit www.open.ac.uk/quarterly-survey